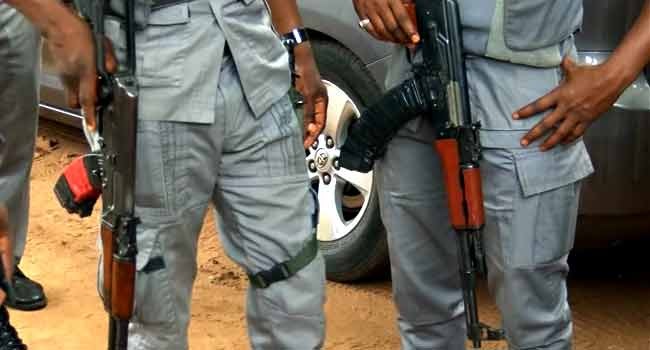 While another operative of the NCS had been declared missing.

Tribune Online gathered that the incident occurred when operatives from the Federal Operating Unit (FOU), stormed the village to carry out a sting operation.

The smugglers, according to information at the Tribune Online‘s disposal, on sighting the NCS officials opened fire on them, while two officers were reported missing after the melee.

A lifeless body of one of the officers was said to have been found inside a river near Ajegun Iyaloosa village.

The Public Relations Officer of the FOU in Zone A, Theophilus Duniya, has confirmed the incident, saying some suspects have been arrested.

Duniya said: “The attacked officers are from FOU. One is confirmed dead, while the other one is still missing.

“It happened on Tuesday in the afternoon. They were on information patrol when they were attacked. It was an unprovoked attack that ended the life of one and the other one is still missing.

“The one that was found dead, his rifle was missing; but we can’t say for the other one that is still missing until we get to the end of it. At the moment we have some suspects in custody in relation to that murder.”

It was gathered that residents of the village have fled the community for fear of reprisal attacks.

Verdict: The viral WhatsApp voice note claim is a hoax. The content is not new and has been circulated as a broadcast message several times in the past.Suspected smugglers kill customs officer in Ogun