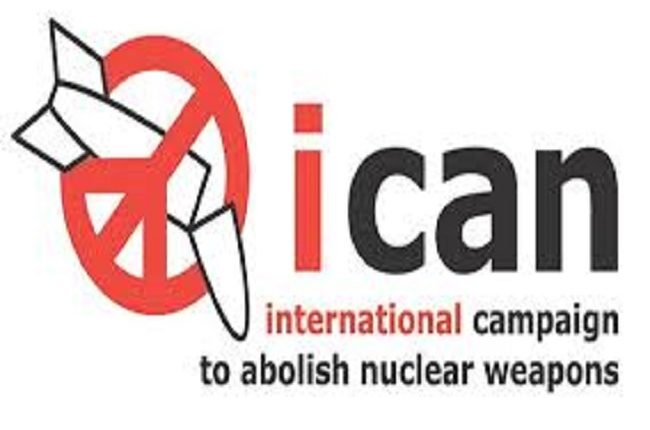 In preparation for the commemoration of the 75th anniversary of the Hiroshima and Nagasaki bombings worldwide, the Federal Government has been urged to ratify and deposit its instrument of ratification on the treaty it signed on Prohibition on Nuclear Weapons in 2017 alongside 121 other countries that voted to adopt the treaty on the Prohibition of Nuclear Weapons at a meeting of the United Nations.

The group, International Campaign to Abolish Nuclear Weapons (iCAN), a Nobel Peace Prize winner, made the call against the background of a decision by the Federal Executive Council in 2019 which approved the process and mandated the Ministry of Justice to work on the ratification, expressing hope that Nigeria will also put its name on the list of African countries like South Africa and the Gambia, that has ratified the treaty to secure world peace.

iCAN made the call in Ibadan on Tuesday at a program attended by its campaign partners and collaborating organizations; the Institute of Church and Society, Ibadan, Cultural Youth Initiative Movement of Nigeria, International Physician for the Protection of Nuclear Weapon and the Student Christian Movement in commemoration of the third year anniversary of signing the treaty prohibiting nuclear weapons by Nigeria.

Speaking on behalf of the group, the Director, Institute of Church and Society, Samonda, Ibadan, Very Reverend Kolade Fadahunsi, said the Nigerian government has shown leadership and commitment by signing the treaty three years ago but now needs to take the next step by submitting the document with the United Nations ahead of the August 6 celebration, adding that the step will portray Nigeria as a giant indeed and the move will also encourage other African nations to follow in its step.

According to him, any use of nuclear weapons would severely undermine the Sustainable Development Goals because a nuclear attack in any part of the world would destroy major infrastructure, disrupt the economy, cause irreversible damage to the environment to besiege survivors with chronic illnesses and genetic damage that would be passed on to future generations.

He stated that the risk of use of nuclear weapons is on the rise and it is important that nuclear weapon issues should not be left in the hands of the nuclear-armed states because nuclear weapons are incapable of distinguishing between military and civilian targets or between combatants and non-combatants.

He stated further that 38 countries have ratified the treaty and there is still 12 to go to reach the required 50 countries needed to translate the treaty into a law that will be binding on nations, including those who possess nuclear weapons and those who do not.

“As it is, no one can produce or use landmines anymore based on international legislation and that is what we are working on presently to make sure that nuclear weapon becomes a thing of the past across the world by the legislation of collaborative countries. The Federal Government has taken a big step by, one, signing the treaty in 2017 which is to demonstrate that it is in support of the treaty.

“We are expecting the government now to go the next step, which is the ratification of the treaty by depositing the instrument of ratification at the United Nations because Nigeria belongs to the core group of African countries that have signed the 1968 treaty which pronounced Africa as a free zone from nuclear weapons, so if that is already in place, it is left to bring it to reality by showing the leadership that Nigeria has in encouraging other West African countries in towing the lines that South African and the Gambia had towed.

“The implication of the decision for Nigeria is not negative because disarmament issues are something of national and international concern but the positive implication would be that Nigeria has taken a courageous decision and step to say we don’t want to support weapon of mass destruction and also that Nigerian is ever conscious about the consequences of the population of the people of Nigeria which we don’t want to be affected in any way by any use of a weapon of any kind, be it biological, chemical or nuclear,” he said.

Also, a letter written by an atomic bomb survivor of Hiroshima, Ms Setsuko Thurlow, a 2017 Nobel Peace Laureate, to President Muhammadu Buhari was publicly read. Ms Thurlow urged the president to reflect on the catastrophic harm that nuclear weapons inflict and honour victims of atomic bombings by taking action to become a state party without delay and commit to eliminating them as a matter of urgency.