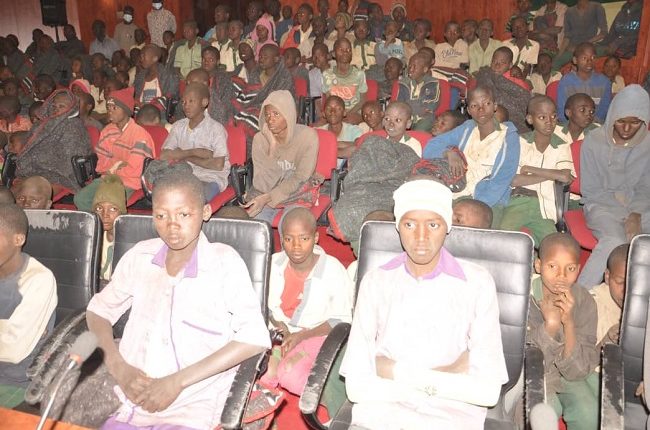 Parents in the country have expressed sadness over the incessant abduction of school children by kidnappers.

They said it was worrisome and disheartening that Nigeria could degenerate to this level where schools are no longer safe but now target for kidnappers to make a huge sum of money in form of ransom payment.

President of the National Parent-Teacher Association of Nigeria (NPTAN), Alhaji Haruna Danjuma, among others, gave this thought and perception on Sunday in an exclusive interview with Nigerian Tribune.

They described the incessant abductions of students and school workers including the latest at the Federal College of Forestry Mechanisation in Kaduna, as a very sad development, saying this is despite President Muhammadu Buhari’s promise a few weeks ago that kidnapping of students at Kagere school in Niger State would be the last in the country.

According to them, it is sad that kidnappers have now turned schools and abduction of students to the business they are concentrating on in the country.

They said they didn’t know who to turn to again to save the lives of the children who are the country’s future leaders.

As it is now, Alhaji Danjuma revealed, many parents, especially in the northern states where there is already a huge out-of-schoolchildren, are losing interest in allowing their children to go to school again because of fear of possible kidnap.

He said should government had listened to the cry of parents by asking them across tiers to jointly provide adequate security in and around both boarding and non-boarding schools and elsewhere across the country, the situation would not have degenerated so badly as it is.

NPTAN boss said the situation is that majority of the Nigerian school security guards where available are usually older people who, according to him, cannot catch rats much less the invaders with arms.

He said most of the guards are engaged directly by the schools and not the government and be paying as low as N8, 000 or N10, 000 monthly as a salary.

He said but the security of lives and property of all Nigerians including teachers and students in schools and elsewhere is the responsibility of government across tiers.

He, however, asked both the Federal and Kaduna State government to, without delay, find a way of rescuing the traumatized 39 abducted students of the Federal College of Forestry Mechanisation alive and unhurt, saying that is the concern of all the parents and not whether ransom should be paid or not.