Some APC chieftains are after my life ― Jumoke Anifowose 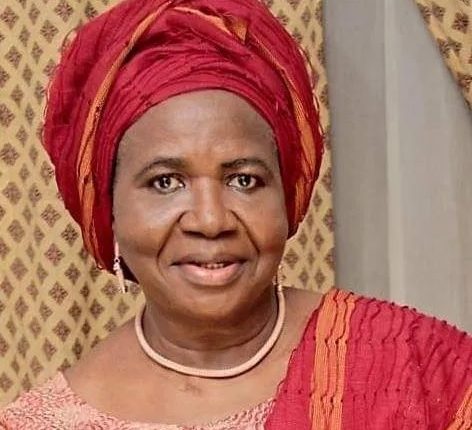 A former governorship aspirant of the All Progressives Congress (APC) in the last governorship election in Ondo State, Mrs Jumoke Anifowose, on Thursday, said she has been receiving death threat from some chieftains of the party in the state following her insistence not to drop or discontinue her legal action against Governor Rotimi Akeredolu .

Anifowose who disclosed this while reacting to her suspension by the party said some people had been threatening her life, saying some APC chieftain in the state had been after her to assassinate her in order for her case to die a natural death.

She said: “They are after my life, I have been warned to stay away from the state, for now, they are planning to assassinate me, they know if I die the case would die.

“They have come to beg me, it was when I refused that they began the plan to get rid of me. But their plans have been exposed to me, I know all of them. There is nothing that can stop me from pursuing the case to a logical conclusion. I am going to the Appeal Court and Akeredolu will lose.”

Speaking on her suspension, she said she was not aware of the development as she had not been communicated officially by the party officials, but said she only read it on the social media.

“It is Akeredolu and his people that worked for AA ( Action Alliance) in the last general election, he told them to join him in the anti-party but I refused, I am an APC person.

“I contributed so much to the party, it is what i build upon that all of them are eating today in the party,”

Reacting, the state Chairman of the APC, Mr Ade Adetimehin, said what was happening was an internal affair of the party which would soon be resolved.

“There is no crisis in our party, there may be a misunderstanding among us but it shall be resolved soon, I won’t engage anybody in media assault,

Anifowose was suspended by the APC officers in Igboroko 1 ward II of Owo local government over her involvment in anti-party activities.

Some APC chieftains are after my life ― Jumoke Anifowose