• Says its the highest revenue generated by the command so far 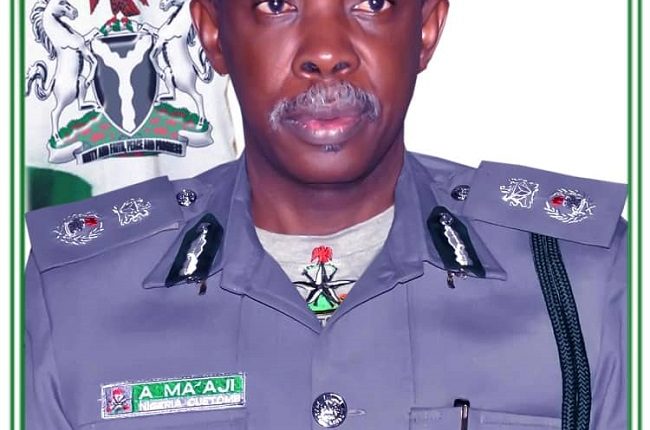 The Nigerian Customs Service, Sokoto/Zamfara Area Command, has generated the sum of N2.3 billion for the year 2021, the highest revenue collected so far by the Command compared to previous years.

The Area Controller of the Command, Comptroller Abdulhameed Ma’aji, attributed the successes recorded in the period under review to the leadership provided by the Comptroller General of Customs, Hameed Ali (Rtd.), and the active management of the Nigeria Customs Service as well as the resilience and commitment of the Officers and men of the Command who have been exercising their duties in line with extant laws and regulations of the Service.

Ma’aji further recalled that the Command had recorded the first formal documented export value chain of Onion through the Illela Border on the 25th of February, 2021 which has significantly enhanced Onion production in Sokoto and contributed to the foreign reserve of the country.

According to a press statement signed by the command spokesman, ASCI Balarabe Yusuf, in the area of anti-smuggling activities, the Command has recorded Twenty-two  (22) seizures of different kinds of contrabands with duty paid values of N188, 583,368.00.

He further disclosed that not less than three (3) suspects were arrested and are currently under administrative bail.

“The Controller appreciated the Comptroller General of Customs, Col. Hameed Ibrahim Ali (Rtd), for the provision of logistics including operational vehicles which has boosted the morale of our officers to enhance our fight against smuggling activities within our area of coverage.

“He also appreciated the efforts and cooperation of other units of the Service like Customs Intelligence Unit (CIU), Customs Police Unit (CPU), Border Drill, Strike force and Federal Operations Unit Zone ‘B’ (FOU ‘B’) as well as other Security Agencies and stakeholders in the actualisation of these records.

“He further solicited for more support and cooperation from the Traditional leaders and border communities for the betterment of our dear Country as Customs cannot do it alone.”

Ma’aji, however, urged the general public to join the Service in the advocacy against the peril of smuggling to the nation’s economy, just as he warned economic saboteurs to desist from their illegal business and warned that Officers of the command are always vigilant to uncover any form of unlawful trade.