Simi, Others Deserve an Emmy 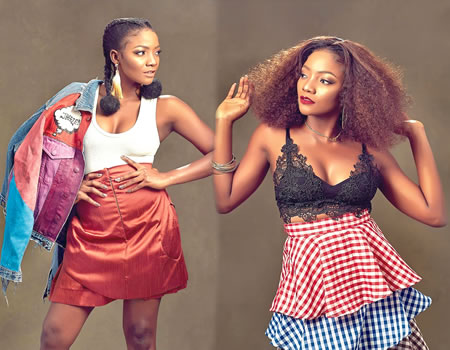 For some weeks now, the main topic being discussed by music lovers all over the world, has bordered on the trending song by Fly Boy Inc act, Kizz Daniel, Fvck You, which originally talked about a girl making a life out of sleeping with different men.

But ever since the song hit the internet, well known musicians both in Nigeria and the rest of the world have done different versions and have posted it on Instagram. However, most female musicians, contrary to the original topic, have accused men of insincerity in relationship too.

But a few versions have no doubt  got fans talking. Like most female musicians that participated, Simi took sides and her lines read such meanings as a man trying to play smart, but she was smarter. She hit hard on the so called ‘Yahoo Yahoo boys’ who tried to flaunt what they don’t have just to capture a lady in their net.

Infact, the Kenyan music star, Victoria Kimani didn’t mince word while rendering her own version of the Fvck you challenge as it appeared she did it for the ‘Juice’ crooner Ycee.

Another interesting part of the whole challenge was the one that dragged the likes of Simi, Yemi Alade, and Seyi Shay, into it’s lines. It sounded like the UK based Afro Pop singer, Sean Damptee, was in a romance with these music divas that later turned sour.

He, however, claims Yemi left him and started looking for Johnny after a trip to America where he got her Gucci bags. Could he have been directly referring to a relationship with the “looking for Johnny crooner”, Yemi Alade? Another excerpt from Dampte’s verse claims of trips from London to Paris with Seyi and been abandoned after a raucous night. Another reference to Seyi Shay’s lines in the ‘Mutsa’ Single ft. Patoranking and Shaydee.

“Been talking all these girls taking sides, even Simi. Heard all your verses, the lies you been telling. For real too, all you girls Dem deserve an Emmy. You Yemi, after we came back from the Yankee trip with all the Gucci bags, you still went back looking Johnny. What happened Seyi, we flew London to Paris. But you boom bye bye after you gave the dirty whine, ” he sang.