Showmax: Why BBNaija is trending 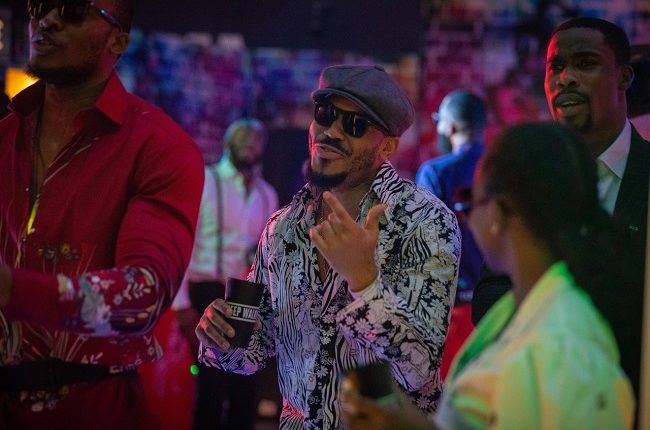 It’s week five in the Big Brother Naija house and it’s been nothing short of exciting. While week one gave the audience a bona fide couple – hello Eric and Lilo – the second week presented a love triangle with Nengi, Ozo and Dora in the picture.

With two evictions done, claiming four contestants, the game in the house appears to be getting intense and the housemates are beginning to unravel under the pressure even as the new couples bond more.

With Showmax streaming the reality show that would see the winner walk away with a whopping 85 million naira, those who have been following the show are expected to see more drama unfold.

Here, Razmattaz attempted to look at why the show may be trending on Showmax.

One of the reasons the show is trending on Showmax is because of the two housemates who are currently bonding- Erica and Kiddwaya. They have both lived in the luxurious Head of House (HOH) room in the last six days. Erica may have described Kidd as a “special friend” during last Sunday’s eviction show, but the pair could barely keep their hands off each other.

Lucy and Dora: BFFs Lucy and Dora have had each other’s backs at the house, from Dora calling Lucy out during her fight with Praise, to Lucy going to war with Nengi over Dora/Ozo. Lucy and Dora are the undisputed BFFs of the BBNaija Lockdown house. Dora confessed to Lucy about wanting to kiss Bright O among other conversations between the pair on the BBNaija Daily Highlights on Showmax.

With 16 housemates and several entanglements, the BBNaija housemates are not lacking in drama. Whether it’s Erica going to the toilet to let off steam ahead of her Deputy Head of House nomination or the housemates’ nomination choice during the Sunday live eviction, Showmax’s extra view weekly wrap provides behind the scenes footage others may have missed.

Also, during the live eviction show, the contestants are called in by Big Brother to vote out two housemates. These Diary Room voting sessions which aren’t seen in the course of the live stream show, are now available every Monday evening to watch on Showmax.

STATE OF ECONOMY: How Nigeria Is Eating Its Future, Spent Over 90% Of Revenue On Debt Servicing
INDICATION that Nigeria’s economy is still in the throes of death has continued to emerge with the current low revenue it is generating from oil sale and increasing demands on its foreign debt obligation especially. The parlous state of the economy is heightened by the revelation that most of the revenue…Why BBNaija is trending

FACT CHECK: Somalia President, Deputy DID NOT Fight In Viral VIDEO
CLAIM: Somalia President, Mohamed Abdullahi Farmaajo and his vice exchanged blows to the point of wrestling themselves to the ground.
VERDICT: MISLEADING
FULL STORY: Nigerian media space was abuzz on Saturday, August 15, 2020, with a viral video which claims to show President of Somalia, Mohamed Abdullahi Farmaajo publicly exchanged blows with his vice…Why BBNaija is trending

NBS Says 21.76m Nigerians Unemployed In 2020
THE National Bureau of Statistics (NBS) has put the total number of unemployed Nigerians at 21,764,617. The figure is contained in the bureau’s Labor Force Statistics website entitled “Unemployment and Underemployment Report (Q2 2020) released in Abuja. It referred to the report as an Abridged Labour Force Survey under COVID-19 for August 2020. According to NBS, the unemployment rate during the period under review…Why BBNaija is trending

Our Fears As 2020 WASSCE Beckons: SS3 Students Speak On Inability To Finish Syllabus, Other Issues
After a long unexpected delay occasioned by the lockdown from the coronavirus pandemic, the 2020 West African Senior School Certificate Examination (WASSCE) will begin in 19,129 accredited centres nationwide on August 17. Some candidates hoping to write the examination spoke with IMOLEAYO OYEDEYI and ADEOLA OTEMADE on their fears and expectations…Why BBNaija is trending