Shehu Shagari was a leader like no other ― Atiku 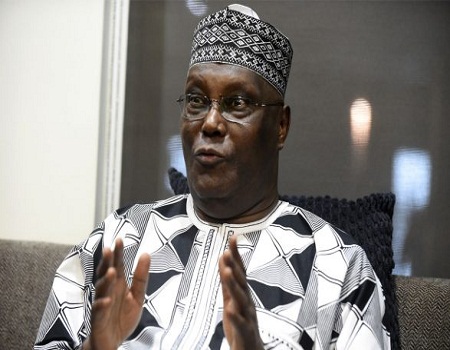 Presidential candidate of the Peoples Democratic Party (PDP), Alhaji Atiku Abubakar said on Friday that Former President Shehu Aliyu Usman Shagari who died in Abuja was the specimen of a patriotic Nigerian whose life was a pattern of good works.

Atiku, in a statement he personally signed said that Shagari was a  completely detribalised Nigerian, whom he said, served Nigeria from his youth to the evening of his life.

The statement read: “His election as the first executive President of Nigeria on October 1, 1979, brought relief to the nation and began the process of ending tribal politics, especially as he brought the Southeast into the political mainstream by naming Dr Alex Ekwueme as his running mate.

“After his unplanned and untimely departure from office, he continued to devote his time and effort to nation building through the elder statesmanly role he played, including during my time in office as Vice President.

“We shared a lot in common. Like me, he held the official title of Turaki, a position of great trust. And like myself, he believed in empowering the masses, which he did through his Green Revolution.

“President Shagari was meek and gentle, yet had a firm resolve and these traits led to the golden age of Nigeria’s diplomacy under his leadership.

“He was led by the power of love, rather than the love of power, as evident from the fact that he never craved political office. Power came to him because of his character. Those who knew him reported that he had only one motive for being in office – service. He will be greatly missed.

“May his soul rest in peace and may Almighty Allah grant him al-Jannah Firdaus.”