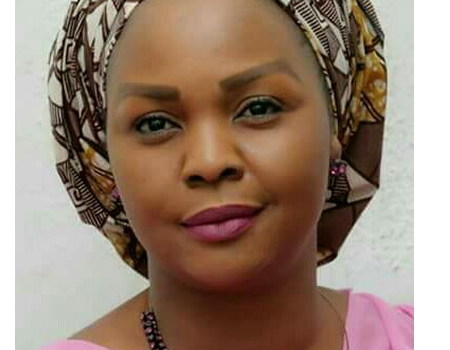 The rumours in many quarters have it that the All Progressives Congress (APC) ruling party has deliberately rekindled the attacks of Shuwa and Kirchinga to give the Senatorial and the House of representative candidates of the Party a leeway of winning the coming February polls.

On a separate interview with both candidates and serving lawmakers at the red and green chambers (Binta, Adamu) consider the rumours to be carried out by political jobbers who earn a living at the expense of others suffering.

The duo lawmakers hold a similar view to queried those harped on saying that APC party has instigated the recent attacks in Madagali in order to halt the elections of that area in their favour.

They aired out to ask a serious question to why is it now that people are talking of attacks instigated by APC? Why didn’t people talked when in 2014 and 2015 that there have been massive weapons of destruction in the zone?

Sen Binta Masi Garba who asked an affirmative question saying that: “was the past attacks being instigated by APC? Why are people trading with other people’s lives?

” For God sake, APC government halt the incessant attacks to the barest minimum, before now it was one constant launching of attacks on our communities on daily basis.

She affirmed that APC government is ruthlessly dealing with the unrepentant Boko Haram members and never in any away scheming plans to disrupt the elections in favour of her party members.

Binta made a passionate appeal to illegible voters to Check the background of all candidates vying for whatever position under whichever party that can best represent them well at the national assembly.

“I’m appealing to all people to be wise as some candidates will come on a religious basis, some are preaching the sentiments of tribes and place of origin. This is not going to do the magic at the national assembly, it is your experience and Your working relationship with others legislatures that counts,” Garba appealed.

“I’m calling on my teaming supporters to take calm and do all we need to do to succeed as so many politicians will use the unfortunate incident to gain undue popularity,” She added

To Adamu Kamale the heinous rumours spread by mongers is not only libellous but cancerous to any Leader who is leading with a passion to serve his dear communities.

Binta, Adamu both are holding a strong view that elections in Madagali will hold with effort security to ensure credible elections are conducted

According to him the vision of APC and any person under the elective position of the party is to have a political association that’s firm in representing the people at either state or national with good tenets of Democracy.

He condemns in total those hanging on baseless and unfunded rumours just to merchandise unfortunate situations of people in the name of politics.

“I think people should be fair to APC, we cannot stoop low to this extend to cause this excruciating pains to those we call our people who we so much love and we are representing them,” Kamale Said

Boko Haram and the shifting blame by political rumours jobbers in Adamawa is suspected to have a connection to the oppositions candidates of People Democracy party (PDP) and their supporters who nagged on that the ruling party, APC candidates are making a deliberate efforts to disfranchised thousands of voters in the area through the uproar of insurgents attacks.

Also, rumour has it that the senatorial candidate of PDP, Ishaku Clifford Abo was suspected to have ignited and brainwashed some Youths in Michika to instigate violence over the ongoing rumour of elections not holding in Madagali.

On a rating of performance according to one Kamule said Binta has provided jobs, brought many federal projects in the area.

“It is indeed a prophet has no honour in his home town, but let me remind and give a sound of warning to all Kamwe (Michika) people if Binta is not privileged to go back to her Senate seat is never going to be given to any Michika Man again. Is only God knows when we are going to provide another senator in our LGA? So let us stop the hatred on this woman and support her for success,” He warned