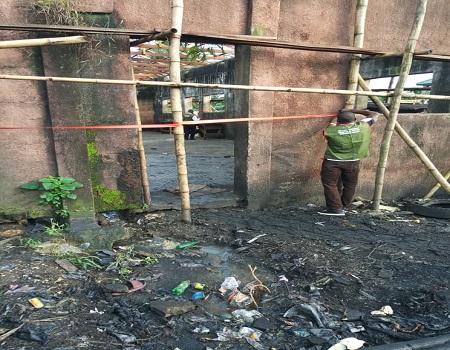 One of the problems Nigerians in most parts of the country still face today is flooding. It is no longer news that people’s homes are flooded especially during rainy seasons. It is not also difficult to see the devastating experiences people go through when it rains.

The flooding in some states across the country is nothing but a manifestation of poor management of our environment. The recent flooding in places like Sokoto , Kogi, Lagos and Bayelsa states, among many others, didn’t only come as a terrible nightmare but it also brought a mild and total discomfort to the inhabitants of those areas.

However, it is important to question the commitment of the government in treating this issue with utmost importance. With no or little arguments, it is not difficult to see how most Nigerians turn road paths to dumping sites especially during rainfall as a result of poor waste management. People also build on waterways which shouldn’t be.

As a matter of urgency, national agencies such as National Orientation Agency (NOA) , National Emergency Management Agency (NEMA) and others should wake up to their duties in developing mechanisms to preventing this issue of flood.

In a bid to prevent Nigerians from living in the apprehension of seasonal rainfall, proper awareness must commence the frontline of both our environment and even waste management.

Organisations and other institutions should also embark on advocacy for good environment and this commitment must be reiterated.

Benin monarch, Omo N’Oba N’Edo Uku Akpolokpolo, Oba Square II, has called on the Peoples Democratic Party, PDP, not to turn itself to another godfather to the reelected governor of Edo State, Godwin Obaseki…Save our environment