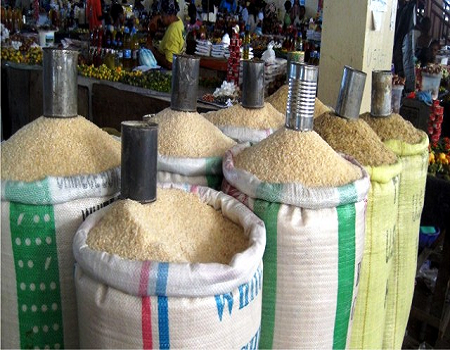 Rice Producers Association of Nigeria (RIPAN) has blamed distributors and retailers for the current high prices of rice following the closure of land borders.

They, therefore, cautioned rice distributors, wholesalers and retailers against engaging in the exploitative act of jerking up the prices of their local rice.

An Executive Member of RIPAN, Mr Abba Dantata revealed that they summoned the meeting, not because of the brouhaha generated by the border closure, but because some rice traders have been exploiting the general public, through hiking the price of their commodities.

Dantata maintained that none of their members and other rice processors sells a bag of rice to wholesalers above their fixed price of N14, 000, saying: “It will surprise you to know that some RIPAN members even sell a bag of their locally-processed rice for N13, 500.

He, however, added that some retailers, wholesalers and distributors, who have since cashed in on the shutdown of the country’s land borders, are the ones who sell a bag of rice for between N17, 000 to N18, 000 to their customers and other Nigerians.

“Those buying from us are the ones engaging in needless and exploitative profiteering.

“They are the ones taking advantage of the system to hike their price,” Dantata added.

While pointing out that without adequate supply and with higher demand there must be a price hike, the RIPAN official, said “it is normal that there will be an initial hike in the price of the commodity. But it will soon fall.

The prices will crash by the time the volume of local rice supply increases at markets.”

He dismissed a media report, which claimed that the price of local rice will exceed N30, 000 (the minimum wage amount) during the forthcoming yuletide, saying the story is only aimed at causing panic among consumers and buyers.

Asked if RIPAN has evolved measures to check the over-exploitation of rice buyers by wholesalers, Dantata, said only government and other relevant law enforcement bodies can formulate, monitor and then enforce adherence to the stipulated price for selling the commodity.

He thereafter called on rice distributors to be responsible and humane, while also appealing to them to stop jerking up the price of their commodities beyond consumers purchase power.’

According to the RIPAN member, shutting down the borders has not only curbed the illicit activities of smuggling but also helped to reduce unemployment and boosted the country’s economy.

While urging the Federal Government not to review the policy, Dantata, said “when the borders were porous, activities of rice smuggling was rife in the country.

Then, most of our rice millers had to close down their factories.

But with the recent closure, most of them are now back in business and doing very well.

The last thing RIPAN and other local millers want to hear is that the government will soon re-open the borders.”