Request for approval of N10billion, another vote-buying by APC ― PDP 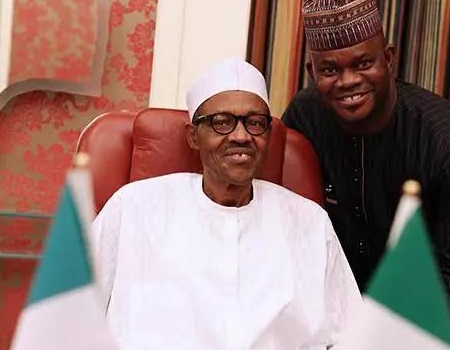 The Kogi State Chapter of the Peoples Democratic Party(PDP) has described the request by President Muhammadu Buhari, requesting the approval of N10billion to Kogi State government as a reckless decision.

The Senate, on Tuesday, received a request from President Muhammadu Buhari for an approval to pay Kogi State Government N10.069 billion, being the refund of money spent by the state on behalf of Federal government.

The request was contained in a letter dated 10th October 2019 and read by the President of the Senate, Ahmad Ibrahim Lawan, during plenary.

PDP in a statement signed by the spokesman of the party, Bode Ogunmola, said, “few days to the state governorship election, the president is preparing the stage for vote-buying having been told that Governor Bello and the APC have been rejected.”

The PDP pointed out that for a government that is owing workers and pensioners about thirty months salaries and pension unpaid, even after the release of N50.8 billion bailout, Paris club refunds, yet the state is in autopilot.

The PDP described the state as the most indebted state in Nigeria and lamented that in the last three and a half years, the administration has not commissioned a single project.

The PDP maintained that like other loans, president Buhari is only seeking request for the release of pocket money for Governor Bello, urging the national assembly to be weary in granting the request.

While assuring Mr President that “no amount of money would buy the conscience of Kogi people in the November governorship election, that the president can choose to open the central bank of Nigeria, the people have resolved to vote out the APC.”

The PDP urged the National Assembly to withhold their approval as any Money released to governor Bello would go into private pocket for election purposes and not for the improvement of the lives and wellbeing of the people.