My replacement should be a woman – Ban Ki-moon 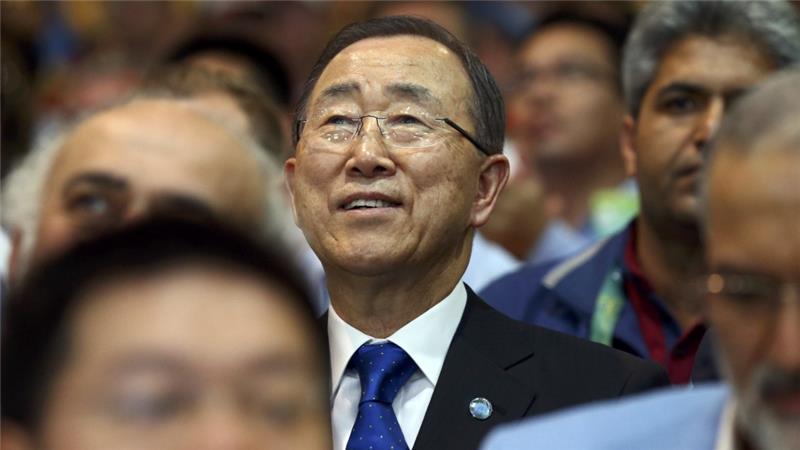 UNITED Nations Secretary-General Ban Ki-moon has said a woman should lead the United Nations for the first time since it was set up more than 70 years ago.
As he nears the end of his second five-year term, Ban said it was “high time” for a female secretary-general after eight men in a row have led the organisation.
There are 11 candidates vying to succeed Ban: six men and five women, Al Jazeera said.
Ban stressed that the decision was not up to him, but to the 15-member Security Council, which must recommend a candidate to the 193-member general assembly for an approval usually seen as rubber-stamping.
“We have many distinguished and eminent women leaders in national governments or other organisations or even business communities, political communities, and cultural and every aspect of our life,” Ban said.
“There’s no reason why not in the United Nations.”
Without giving any names, he said there were “many distinguished, motivated women leaders who can really change this world, who can actively engage with the other leaders of the world”.
“So that’s my humble suggestion, but that’s up to member states,” Ban said during a visit to the home of 99-year-old Libba Patterson in Novato, California, where he spent his first days in the United States as an 18-year-old student from South Korea.
He praised the general assembly for holding the first ever public hearings for all the candidates.
By tradition, the job of secretary-general has rotated among different regions of the world. Officials from Asia, Africa, Latin America and Western Europe have all held the post.
East European nations, including Russia, argue that they have never had a secretary-general and it is their turn. A group of 56 nations are campaigning for the first female UN chief.
The Security Council has held two informal polls in which 12 candidates participated, and in each the highest-ranked woman was in third place, a disappointment to many.
Antonio Guterres, a former Portuguese prime minister who has also headed the UN refugee agency, topped both polls.