The recall of NHIS Executive Secretary

by Tribune Online
in Editorial
Reading Time: 3 mins read
A A 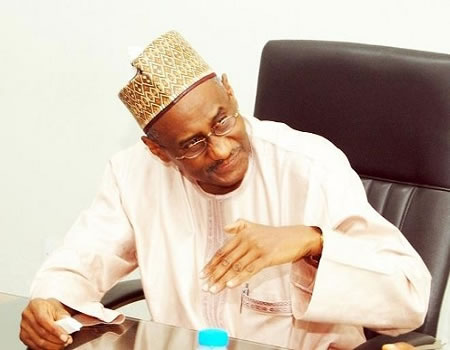 LAST  week, President Muhammadu Buhari provoked public ire when  he  recalled the Executive Secretary of the National Health Insurance Scheme (NHIS), Professor Usman Yusuf, who was suspended over alleged corruption by the Minister of Health, Professor Isaac Adewole, on July 6, 2017. In a letter with reference number SH/COS/10/6/A/29 signed by the Chief of Staff to the President, Mr. Abba Kyari, and addressed to the Health Minister, President Buhari gave notice of the recall and an assurance that the NHIS boss had been “admonished to work harmoniously” with him (Adewole). This conveyed the false impression that the issue was about a mere disagreement. More strangely, the letter reportedly failed to mention Yusuf’s ongoing probe over an alleged N919 million fraud. Worse still, as if unaware of the interest generated by the matter in the polity, the Presidency offered no explanations to the Nigerian public on the raison d’etre for the president’s action.

Ideally, since a panel set up by the minister had, last September, indicted Yusuf and submitted a report which was forwarded to the president, the president ought to have communicated his decision on the report to the minister. If he was not satisfied with the report based on the panel’s composition, as insinuated by some unnamed Presidency sources, what he ought to have done was to call for the composition of another panel. To be sure, as the appointing authority, the president reserves the right to accept or reject the report of the panel based on reasons clearly pointed out to the concerned minister. However, going by the way he carried out his intervention in the matter, the president acted as if the Nigerian public did not deserve an explanation on such a weighty matter of public interest. This, we say without any fear of contradiction, is disregard for the due process.

In the report, the panel, in describing Yusuf as a public servant who allegedly “portrayed a holier-than-thou attitude but milked the agency dry”, alleged that he connived with others to perpetrate fraud to the tune of over N919 million. It noted his alleged “deceitful attitude coupled with “name dropping’ of Mr. President as having sent him to sanitise the NHIS,” adding that he did more harm than good to the scheme. Surely, an administration committed to probity and accountability and a president that ‘belongs to everybody and belongs to nobody’ ought to have carefully considered the implications of this weighty verdict before reinstating the accused into the public service. Indeed, if the NHIS boss were to be recalled at all, the announcement should have been made by the minister.

To be sure, the statement by the Minister of Information, Alhaji Lai Mohammed, namely that the reinstatement of Professor Yusuf would not foreclose the ongoing probe, was not expected to be taken seriously. By reinstating the NHIS boss without any explanations, the president has already conveyed a verdict of “not guilty” and no amount of sophistry can becloud that fact.  Not surprisingly,  employees of the NHIS  under the aegis of the Association of Senior Civil Servants of Nigeria and the Joint Health Sector Union have been protesting against the recall of the  NHIS boss, and so have concerned members of the public.

We state categorically that an administration mouthing an anti-corruption agenda cannot afford to bypass the due process or take actions that appear to be coloured by ethnic, religious and political considerations. The recall of the NHIS Executive Secretary is a sad commentary on the anti-corruption mantra of the Buhari administration. It portrays that mantra as a mere smoke screen. The president’s action is in conformity with the old practice of treating corruption as a family affair and should be reversed forthwith.