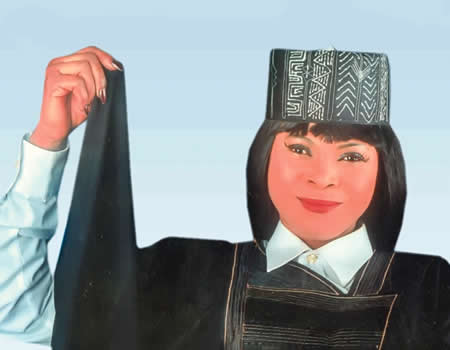 Riding on the waves of her debut album entitled Ologodidan, Lady Evangelist Rachael Oluwashoga, a fast-rising gospel artist, has followed it up with another quintessential album, this time entitled Dansaki, a blend of contemporary and traditional gospel songs.

The lead track of the album is the Dansaki track itself, followed by others such as Apata Aye, among others. Speaking with Razzmatazz, Oluwashoga said the reason for entitling the album as Dansaki is that one needs to thank and praise God always for all his mercies for being alive, despite all adverse situations.

ALSO READ: New media and the future of journalism

“Life is always up and down. No matter the situation, one should not commit suicide if things are not going on well.  One should continue to give praise to God always,” she said, adding that she “expects the album to do better than the debut album and bless those who will listen to it including the entire body of Christ.”

New media and the future of journalism