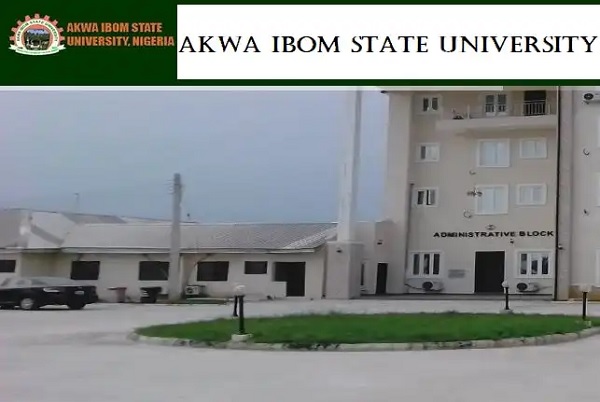 Aggrieved students of Akwa Ibom State University (AKSU) at Ikot Akpaden in Mkpat Enin Local Government Area have expressed anger over what they described as the “avoidable death” of their colleague, one Miss Iyakndue Okon, a 300-level student of Chemistry Science.

It was gathered, the deceased, an asthmatic patient, died on Monday, in the school premises, while preparing for her test.

“Iyakndue was a very brilliant student and was very busy preparing for her test that fateful Monday when she was caught with asthmatic bout and could not breathe seamlessly.

“When it happened, we searched everywhere including her school bag for her inhaler, but she only muttered a few words that she had forgotten her inhaler in the frenzy of rushing to the campus for the test.

“At that point, we immediately rushed her to the school medical centre, but no oxygen or inhaler coupled with the lackadaisical attitude of the medics, who could not address the problem as the emergency case,” one of the students, who would not want to be named told Newsmen.

In the same vein, a Civil Society Organisation (CSO), World Literacy Organization (WSO) committed to the welfare of Nigerian students, in a statement, on Tuesday, condemned the “avoidable death” of the student and blamed it on the alleged negligence of the school’s medics.

The statement by the Youths’ Ambassador, Enwongo-Abasi Francis, reads in part:

“Miss Iyakndue, who was asthmatic, reportedly had a test, on Monday morning by 8:00 a.m., which she duly prepared for, rushed to the department, but suddenly developed asthmatic symptoms, found it difficult to breathe, having left behind her inhaler due to the intense preparation for the test.

“She was rushed to the school health centre by her colleagues for quick medical attention but met her end due to the failure of health workers to attend to an emergency case and lack of electricity at the centre.”

Recalling that such an incident was not new in the institution, Ambassador Francis urged the institution’s management led by the Vice-Chancellor, Prof. Nse Essien, to probe into this one with a view to unravelling the truth of the matter and justice for the family.

But speaking to Tribune Online, on Tuesday, the Director of Information, Mr Akaninyene Ibanga, dismissed the allegation, saying “the student died on the way before reaching the medical centre.”

“Although nobody is happy over the sad incident, those peddling the allegation are mischief makers who are in the habits of pulling people down as is in the character of our people,” he explained.

In spite of the huge investment in the water sector by the government and international organisations, water scarcity has grown to become a perennial nightmare for residents of Abeokuta, the Ogun State capital. This report x-rays the lives and experiences of residents in getting clean, potable and affordable water amidst the surge of COVID-19 cases in the state…  Protesting Akwa Ibom varsity students blame colleague’s death on negligence