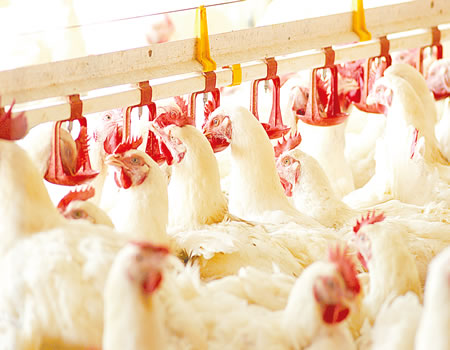 The Poultry Association of Nigeria (PAN) has said that if the government does not intervene in the high cost of grains and other challenges facing the poultry industry, the industry may shutdown in two months by January 2021.

Addressing journalists on Thursday in Abuja, the national president of PAN, Ezekiel Ibrahim, said the industry is worth over N10 trillion and engages over 20 million Nigerians directly and indirectly.

He explained that in the post-COVID-19 and the lockdown that followed, the poultry industry suffered devastating losses occasioned by the restriction of movement of goods and services which include eggs, day-old chicks, poultry feeds and other essential inputs for poultry production.

“Billions of naira were lost in sales of eggs and chicken resulting in the closure of many small and medium-sized poultry farms,” he noted.

Furthermore, he said “with the attendant fallouts and the grains supply situation in the country, the prices of Maize went up from N95,000 per tonne to N165,000 per tonne in June 2020.

“The government supported the industry with the release of 5,000mt of maize at subsidised prices expecting that the price of maize will fall or stabilise during the harvest season.

He said more worrisome at the moment is the soybeans supply and demand situation in the country, which he said is scarce and near absence in the Nigerian markets.

Ibrahim further explained that the reasons being adduced as responsible for the scarcity and high cost is the insecurity in the country, climate change and activities of traders buying and hoarding the grains.

“Intelligence and field reports have also indicated that the soybeans in seeds and meals are being exported out of the country thereby causing the present crisis being witnessed soybean is selling between N215,000-N250,000 per ton as at today where available.

The PAN national president further noted that the poultry industry feed cost is about 75 per cent of the cost of poultry production and this has risen by over 75 per cent between March and November 2020.

He said the resultant effect of the situation is “closure of small and medium-sized poultry farms thereby threatening about 5 million to 10 million jobs, especially at the peri-urban and rural areas.

“Divestments in the poultry sector due to lack of investors’ confidence, devastating fall of fortunes in the entire value chains of the industry and the seeming crimes that will follow.

“High cost of eggs and poultry meat and the eventual non-availability of poultry proteins.

“Significant drop in the contribution of Poultry to the Agricultural Grow Domestic Product (AGDP) of the national economy thereby negating the government drive for agricultural transformation.”

He, therefore, said “in view of the above negative impacts and disaster that will befall the Nigeria poultry industry if urgent actions are not taken immediately by the Government, the industry might be forced to shut down completely by January 2021. The present atmosphere and scenario of things are very alarming and critical.”

To salvage the situation, PAN suggested “halt with immediate effect the export of soybeans as well Maize so as to protect the local food systems and security.

“Partially keep the borders open for markets in agriculture and essential food products in a transparent and predictable manner, but not the export of under-produced foods either formally or informally.

“Allow for the immediate importation of soybeans and maize the city as a stop-gap measure to mitigate the impending doom in the world poultry industry.”

We have rescued 19 kidnapped victims in Abuja ― Police