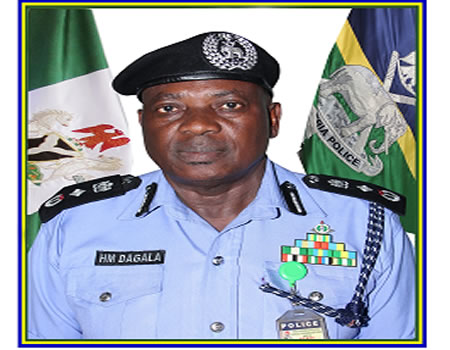 The Nigeria Police Force is to organise a National Security Summit to tackle issues bordering on national security.

Dagala said the summit would bring together all major stakeholders in the security sector to brainstorm and proffer solutions to the security challenges facing the country.

The DIG, who is also the coordinator of the police operation in the North-East, said that the summit would look into issues of clashes between farmers and herdsmen, and kidnapping, among many others.

Dagala said that his visit to the North-East was on the directive of the Inspector-General of Police, Ibrahim Idris, to meet with officers and men in the sub-region to discuss challenges in their areas of operation.

He assured of the preparedness of the police authorities to improve the welfare of officers and men.

He commended the policemen in the sub-region for their efforts in tackling insurgency, adding that their commitment to the fight was a demonstration of their dedication to duty.

Gov Bindow commended the police for providing adequate security in the state.

He said that though insurgency had come and gone, local crimes were on the increase.

The governor, however, expressed confidence in the leadership of the police in the state to tackle the security situation in the area.

He expressed his readiness to support the police for effective policing of the state.