Latest News
By Olalekan Olabulo and Chima Nwokoji  On Aug 19, 2022 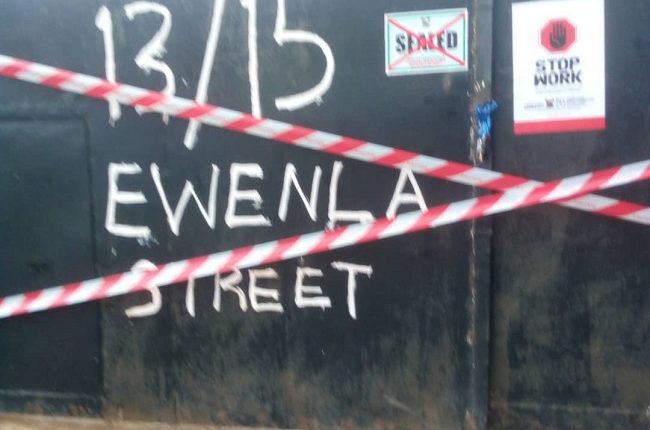 The police in Lagos State have confirmed the death of two persons in the Thursday stampede that occurred at the Comfort Life Mission International Church in the Ikotun area of the state.

The Public Relations Officer (PRO) of the state police command Benjamin Hundeyin, identified the deceased persons as a woman and her daughter.

Hundeyin told the Saturday Tribune that “2 people died and their bodies had been deposited at the public mortuary. There is no arrest yet .”

The PRO also stated that operatives of the state police command had visited the scene of the incident for proper assessment.

A nurse at the Delicate Hospital and Maternity Centre, where the injured members of the congregation were rushed to, also confirmed that the two persons were brought in dead.

Meanwhile, the Lagos State Government on Friday sealed the premises of the church, situated on 13/15 Ewenla Street, Ikotun.

Tribune Online gathered that the incident, which occurred on Thursday created serious panic and confusion among residents of the area.

A resident, who simply identified himself as Oladapo, stated that ” It was a very serious incident. They had just finished the first service when the incident happened.”

“The program is always on the 3rd Thursday of every month. Because of the large crowd, the church divided the sessions into three. That place cannot contain all of them at the same time.”

He also stated that ” Worshippers usually scrambled to seat at a vantage position. Those, who attended the first session were about to come out when those, who wanted to join the second session scrambled in and there was a stampede.”

When Tribune Online visited the church on Friday, officials of the Lagos State Ministry of Health, Directorate of Environmental Health/ Occupational Health and Safety Services were seen sealing the venue.

The compound was deserted and a woman on the street who spoke, refusing to give out her name said the general overseer lives in Ibadan.

The woman said ” We don’t know where the pastor is. He does not live in this area. He comes from Ibadan. Some people said that he was invited by the police but that he was released that yesterday .”