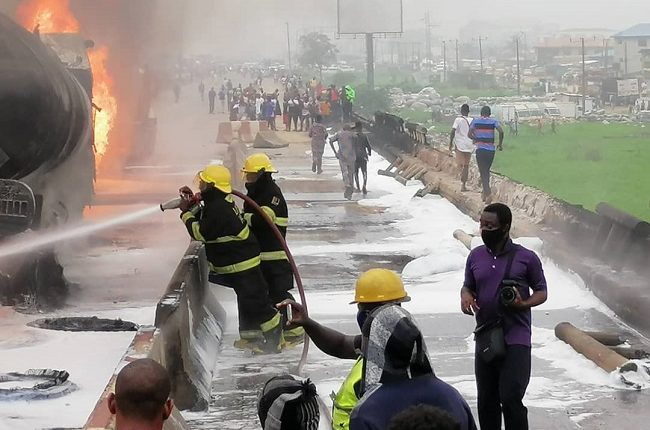 There was massive traffic on the Kara bridge end of the Lagos-Ibadan highway on Sunday morning after two fuel tankers and a gas tanker went up in flames around midnight. 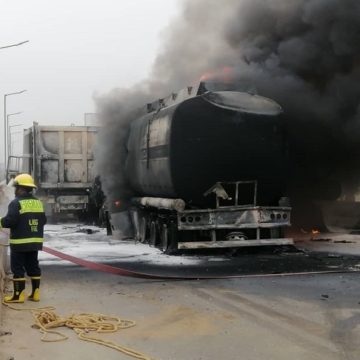 As of the time of this report, the traffic had extended from the scene of the incident to Ketu and Ojota, making the Federal Road Safety Corps (FRSC) advise motorists to seek alternative routes.

The three tankers said to be heading out of Lagos were said to have hit one another on top speed around midnight, causing a massive fire which is still on at the time of this report.

Despite efforts by the men of the Lagos fire service, the fire is still raging.

UPDATE: Kara Bridge Fire, men of the Federal Fire Service are already at the scene. Please vehicular movements should be halted around the area. 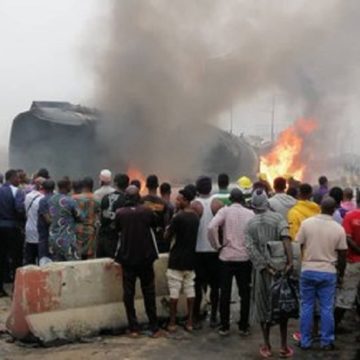 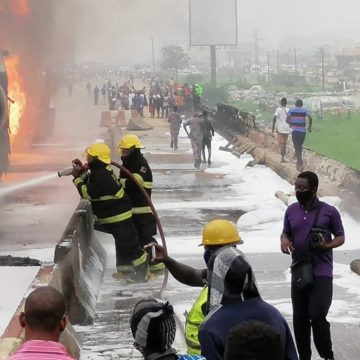 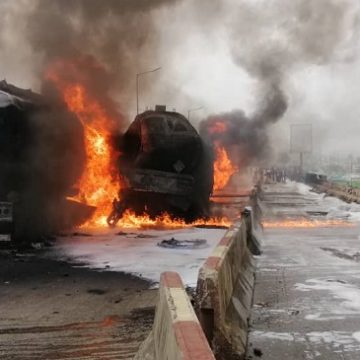 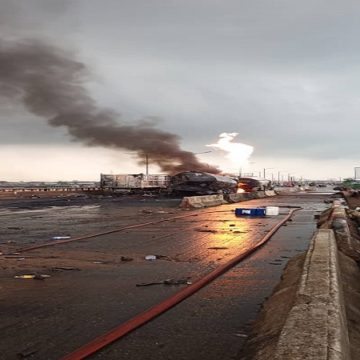 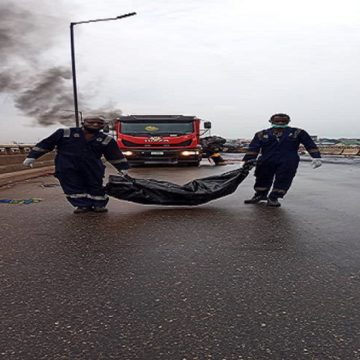