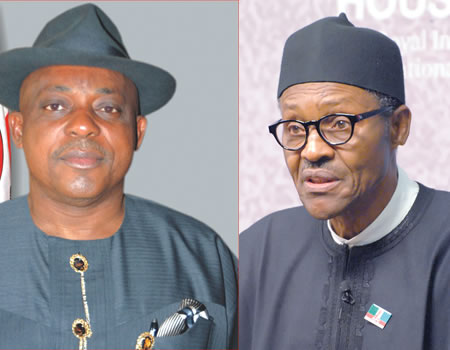 The Peoples Democratic Party (PDP) on Sunday rejected the moves by the President Muhammadu Buhari-led All Progressives Congress (APC) Federal Government to further gag the media, subjugate Nigerians and curtail their constitutionally guaranteed freedom of expression.

In a statement made available to newsmen in Abuja by its National Publicity Secretary , Mr. Kola Ologbondiyan, the Party said that the decision by President Buhari to impose stringent regulations on online media and broadcast organisations as recently announced by the Minister of Information and Culture, Alhaji Lai Mohammed, was completely “obnoxious, anti-democratic and a direct violation of statutory rules governing media practice and freedom of expression in Nigeria”.

The Party also rejected the Presidential declaration of political comments as “Class A” offence, insisting that such was designed to “undermine the nation’s constitutional democracy, exterminate the rights of citizens to dissenting public opinion, emasculate the opposition and foist a dictatorship and one-party system on our nation”.

According to it: “our party alerts that such moves amount to an attempt to amend our constitution to take away the rights of citizens and undermine our democratic institutions; a development that has the capacity to destabilise our dear nation.

ALSO READ: I remain a member of APC in Oyo state ― Adeduntan

“The PDP invites Nigerians to note that these dictatorial pathways which the Buhari Presidency seeks to impose if allowed, will herald the gradual emasculation of freedom of expression, repression of the free press, infringements on the rights of citizens and foisting of siege mentality on the people.

“Nigerians are already apprehensive that the directive is geared towards clearing the ground for the introduction of certain harsh policies in our country.

“The party insists that our constitution has made enough provisions to guide media practice as well as the exercise of freedom of expression, adding that the foisting of unconstitutional and suppressive regulations is not acceptable under any guise.”

The Party, therefore, called on the members of the National Assembly, as the representatives of the people, to reject this Presidential directive in the interest of the nation.

It also cautioned President Muhammadu Buhari and his advisers not to derail the nation with such undemocratic policies.

I remain a member of APC in Oyo state ― Adeduntan

Nigeria has the lowest tax rate in the world ― Minister