Parading suspects is a breach of rights 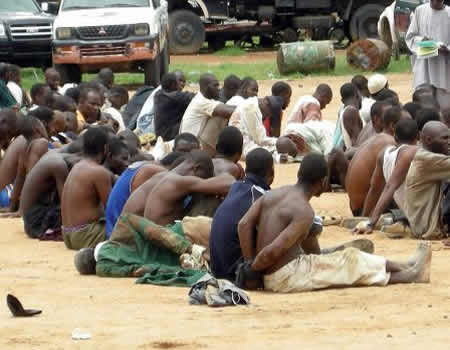 FOLLOWING the parade of suspects in the Ile-Ife crisis in Abuja, some human right lawyers and activists have stated that the act of parading suspects is tantamount to condemning them without trial and a breach of their fundamental rights.

Lagos based activist, Ikechukwu Ikeji told Nigerian Tribune that it is not constitutional to parade suspects as they are still presumed innocent of the allegations

“Parading suspects at all is inimical to and in breach of their fundamental rights under the constitution. Every person is deemed innocent until proven guilty. Parading suspects in public without first getting final conviction of the suspects paints them as already guilty. Coming before trial is a breach of their constitutional rights not to talk of parading them outside of jurisdiction.

“However, note that crimes may be committed across different jurisdictions and each of these jurisdictions can handle the case. Every person is presumed innocent until proven guilty under Section 36 (5) of the Constitution of Nigeria 1999, as amended,” Ikeji stated.

Also speaking, Barrister Emeka Ozoani Esq stated the act of parading suspects is like sending them to the public court and condemning them without fair trial.

“It is quite wrong to parade suspects without trial. What happens after they are found innocent of such allegations? They would already be seen as criminals in the eyes of the public and this will have a lasting effect on them.

“The provisions of the law presumes that a person is innocent until proven guilty, so they should be given the opportunity to defend themselves without subjecting them to media trial or conviction in the public court,” he said.

Abuja based Barrister Ugochukwu Osuagwu said once a matter is charged to a court of competent jurisdiction; it is illegal to parade suspects. “If the matter is in court it is wrong to parade them. But if they were caught in the act and the parade is at the behest of journalists or for the public to be given an assurance that the siege is over or media consumption, morally, it may be well and good. The Police is a federal agency so it may parade outside jurisdiction for for administrative convenience.