Oyo Courts to give preference to EFCC cases ― CJ

Latest NewsPolitics
By Tunde Ogunesan On May 8, 2019 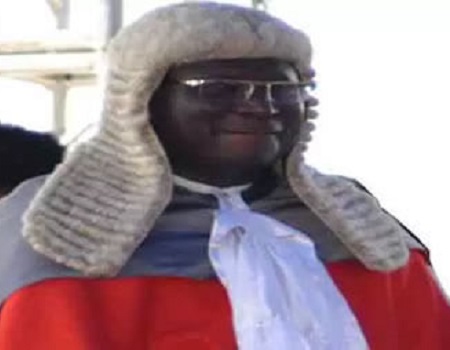 The Chief Judge of Oyo State, Justice Munta Abimbola has pledged the commitment and cooperation of the state judiciary towards ensuring that cases filed by the Economic and Financial Crimes Commission, EFCC, are given special attention.

The CJ made the pledge in his office in Ibadan on Wednesday, May 8, when the Zonal head of the EFCC Ibadan zonal office, Friday Ebelo, led a team of officers of the commission to pay him a courtesy visit.

Justice Abimbola, who lamented the dire implications of economic and financial crimes on the nation and its image, stressed the need for the judiciary and prosecuting agencies to work together for expeditious dispensation of criminal cases.

He expressed his discomfort over the number of EFCC cases pending in some of the courts in the state, promising to take action to address the development, and also find a way of according cases from the commission special attention.

“It is important that we have speedy assignment of those cases,” he said.

While reacting to Ebelo’s earlier request for the creation of a special court to handle cases from the commission, Justice Abimbola said, in line with the directive from the Chief Justice of Nigeria, Courts 9 and 15 of the State High Court have already been designated for handling criminal matters, adding that such was the reason most of the EFCC cases were assigned to the two courts.

He recalled having a fruitful meeting with the acting Chairman of the commission, Ibrahim Magu, the latter visited the state in January 2016, saying the interaction further educated him on the workings of the EFCC.

While stating the reason for the visit, Ebelo had declared that he was at the premises of the state High Court at the instance of the acting chairman of the commission, stating that Magu held the judiciary in high esteem for their cooperation with the commission in ridding the nation of crimes and criminality.

He sought further cooperation with the courts in the interest of the nation and her future.