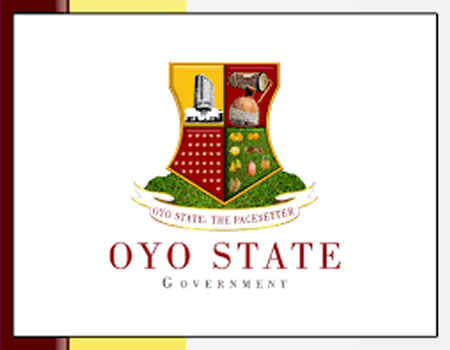 THE number of contestants seeking to govern the Pacesetter State from May 29, 2019 is unusually high. This may not be unconnected with the fact that the present governor of the state, Senator Isiaka Ajimobi, cannot seek re-election after his second term in office as stipulated by the constitution. The governorship election will be of particular interest as aspirants from other regions of Oyo State are, after a long time, seeking to govern the state. Hitherto, since 1999, it seemed to be the exclusive preserve of Ibadan indigenes,with the exception of Governor Adebayo Alao-Akala (2007-2011). Alao-Akala is from Ogbomoso. Now, the clamour for a handover of baton to Oke Ogun region is the general demand of the people. And this agitation seems to have got the tacit support of Governor Ajimobi who recently advised the people of Oke Ogun to work closely with those from other regions to realise their quest.

Oke Ogun, a region blessed with abundant land, mineral and human resource, is yet to produce a governor in the state. This is not because it is lacking in quality human capital, but a direct consequence of a curious political arrangement engineered to favour one region over another.  Now, as we approach the next gubernatorial elections in Oyo state, a number of Individuals from Oke Ogun have declared their ambitions to reside at the Agodi Government House. Others demonstrate a bit of subtleness in the pursuit of their aspiration while a few are being clamoured for by the people. It is to the latter group that Mr. Raufu Aderemi Olaniyan belongs.

Amongst the many sons of Oke Ogun suitable to govern the state, Olaniyan stands head and shoulders above the rest. An accomplished professional engineer and experienced civil servant, he served Oyo State in various capacities while in the public service. He holds an enviable record of having worked with many governors who held sway in the state. If there is any man amongst the aspirants from Oke Ogun or any other region who possesses the adroitness and experience required to move Oyo State to the next level, Olaniyan is that man.

It is time to do away with political soapbox theatrics:  highfalutin words to express the principles of governance, the suffering of the masses or shortcomings of present and past governments. What is needed to bring progress to Oyo is a man who has been with the people and served them in the rural and urban areas of the state. One who has first-hand experience about where the people hurt the most because he has felt what they felt and feels what they feel. Olaniyan is that man who understands them, because he has always been with them. He is, unlike some others who reside in the confines of their luxury abodes far outside the state, from where they postulate to hoodwink the people. Nothing can replace experience.

His achievements as the pioneer General Manager of Oyo State Road Maintenance Agency(OYSROMA) is yet to be surpassed. While at OYSROMA, he effectively executed a policy which ensures that roads are graded and asphalted in all local governments of the state. He also made certain that inner city roads and other major thoroughfares within the state enjoyed consistent care and  maintenance. The fruit of his dedication to service is still being enjoyed and spoken of today by the people of the state. There are many communities that would have been without motorable roads today if not for the love and sense of duty that he displayed while in office. It was that kind of commitment to duty that earned him accreditation as a World Bank contractor after he retired from the Civil Service as a Permanent Secretary. If there is anyone suited to build on the infrastructural legacies of Senator Ajimobi’s government, look no farther than Olaniyan.

In the area of agriculture, Olaniyan has shown exceptional ability in farming. He presently cultivates  hectares of land growing cotton, maize,soya and sesame. He is a notable cotton farmer in the South-West. He enriches farmers in Oke Ogun by creating avenues for them to sell their farm produce. He is also into livestock farming  and has a ranch in Igboho. So, when he talks about how agriculture can revolutionise the economy of Oyo State, be assured that he knows what he is talking about.

While speaking at a business development seminar held in Ibadan recently, he asserted that “cost of governance will be a non-issue when all efforts are geared towards increasing the internally-generated revenue of the state through deliberate and systematic exploitation of the resources God has blessed the state with.” He stressed further that “what is imperative to birthing a prosperous economy in Oyo State is the optimisation of avenues to increase the Internally-generated revenue of the state”. He however noted that “expanding the IGR does not equate to taxing the people into penury, but looking inwards and developing strategic business ideas that will create an ambience which will incubate and nurture new businesses and generate job opportunities”.

In the area of youth employment and empowerment, Olaniyan, through his farming enterprise, has been creating jobs directly and indirectly for hundreds of people. He has also empowered countless others in vocational training. Recently at an event in Iseyin town hall, he was honoured with a meritorious service award by the Elites Vocational Association of Oke Ogun, during its Workers’ Day celebrations. This is an association with hundreds of members that he has consistently given financial support to in the last 15 years for the vocational training of its young men and women who otherwise would have been jobless. His passion for the youths is exemplary. Incidentally, his last post in the civil service was at the Oyo State Youth Agency, where he also served meritoriously.

Olaniyan’s care for the people of Oyo State transcends politics. Through the Engr. Raufu Aderemi Olaniyan Foundation, many indigent students are studying in secondary and tertiary institutions across the country on scholarships. He has also shown much devotion to the health care of people by providing free Ophthalmology services. Through his foundation, he worked out an arrangement with the medical authorities at the Vatican, Italy. This arrangement allows beneficiaries to access ophthalmology care at no cost. Many have benefited from free eye surgeries and procurement of lenses at no cost. Olaniyan has simply impacted the people in no small way. In the coming weeks, over three thousand people with different eyesight challenges will be attended to throughout the state.

The man is not only selfless, but a humanitarian in the true sense of the word. He often will say, “If I can afford to eat ten meals a day, but can only eat three, then it behoves me to give out the remaining seven. We came to this world with nothing and we will leave with nothing” : The thoughts of a Man who sees politics as service and not a means to amass wealth.

Oyo PDP crisis over as Makinde, Akinjide, others agree to lead Atiku mega rally in…