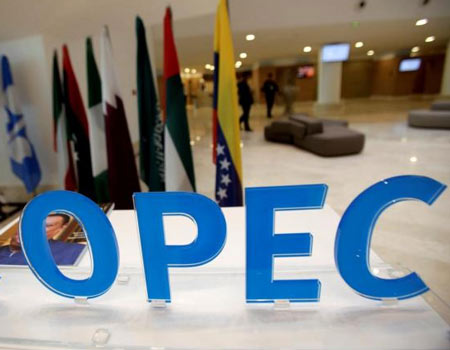 The Organisation of Petroleum Exporting Countries (OPEC) oil output hit the lowest in two decades in May as Saudi Arabia and other members started to deliver a record supply cut.

According to Reuters’ survey, Nigeria and Iraq are laggards in making their share of the reduction. On average, the 13-member OPEC members pumped 24.77 million barrels per day (bpd) in May, which was a reduction of 5.91 million bpd from April’s revised figure.

OPEC and its allies last month agreed to an output cut to offset a slump in demand and prices caused by the coronavirus crisis. An easing of government lockdowns and lower supply have helped oil prices more than double compared with a 21-year low below $16 a barrel in April.

“OPEC has made a strong start in May with its latest production cut, lowering supply by five million bpd versus April,” Daniel Gerber, chief executive of Petro-Logistics, which assesses OPEC supply by tracking tanker shipments, told Reuters.

“However, compliance is far from perfect. With less than four weeks between the adoption and the start of the agreement, many countries had already committed volumes to buyers and have not managed to reduce supply to the agreed levels.”

So far in May, they delivered 4.48 million bpd of the pledged reduction, equal to 74 per cent compliance, the survey found. May’s output would be the lowest by OPEC since 2002, excluding membership changes since then, Reuters survey records show.

The biggest drop in supply came from Saudi Arabia, which pumped a record 11.7 million bpd in April. Saudi supply is expected to drop even further in June. The United Arab Emirates and Kuwait also cut back sharply, sources in the survey said. Both had also pumped at record rates in April.

Iraq, a laggard in making cuts in 2019, curbed output according to the survey following reduced exports from the south of the country, although at 38% its compliance was much lower than that of the Gulf OPEC members.

Another laggard, Nigeria, made only 19 per cent of its promised reduction, the survey found. Venezuela and Iran reduced output in May, while Libyan supply was steady. All three were exempt from voluntary cuts because of U.S sanctions or internal issues limiting production.

Iran is seeing a drop in fuel use because of the coronavirus outbreak, compounding the impact of sanctions on supply. Venezuela, contending with both U.S sanctions and a long-term decline in output, posted another drop in exports.

Oil output in Libya has plunged since Jan. 18 due to a blockade of ports and fields by groups loyal to eastern-based commander Khalifa Haftar. Production averaged 100,000 bpd in May, the survey found.

The Reuters survey aims to track supply to the market and is based on shipping data provided by external sources, Refinitiv Eikon flows data, information from tanker-trackers such as Petro-Logistics and Kpler, and information provided by sources at oil companies, OPEC and consultants.