One King, One Tribe, 5th Year

• The Solomon of our Generation 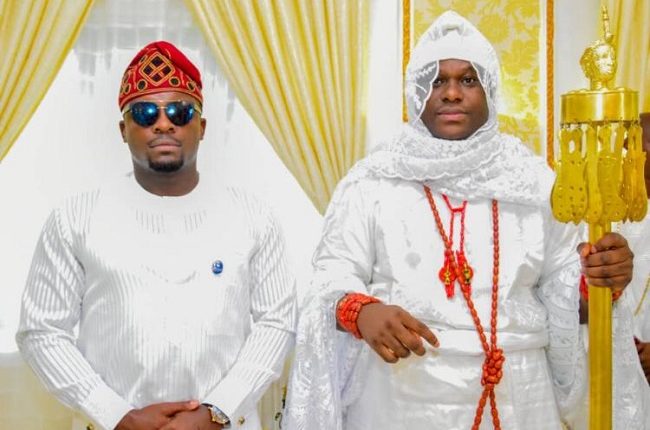 Ifẹ, the city of gold and the heartbeat of all Yorubas, has witnessed 5 years of uncommon success and development since the enthronement of Ooni of Ife, Ooni Adeyeye Enitan Ogunwusi, the Ojaja II. Driving through Lagos -Ibadan Expressway and Ibadan to Ile-Ife made my trip a sad reminder of the misfortunes and infrastructural deficit of our great nation. However, immediately you step into the sacred palace of the Ooni, your blessing is guaranteed and joy replaces your distress.

Coming from a small family in Agege, it was an inspiring experience for me to be with the Solomon of our generation – the Ooni of Ife, to celebrate his 5 years anniversary of his coronation. Growing up, I remember when I would follow my uncle, and we would stand by the roadside, waiting to catch a glimpse of the former Ooni of Ife – Okunade Sijuwade. 35 years later, I was privileged to have been invited by my royal father – the Ooni of Ife, to celebrate with him. It was a week of incredible celebration with numerous dignitaries in attendance such as; the former President Olusegun Obasanjo; the Odole Oodua, Sir Kensington Adebutu AKA Baba Ijebu; Sultan of Sokoto, Alhaji Sa’adu Abubakar; Lagos State Governor, Babajide Sanwo-Olu; Emir of Kano, Alhaji Aminu Ado Bayero; the Alaafin of Oyo, Oba Lamidi Adeyemi and Oore of Otun Ekiti and other prominent personalities in Nigeria and from the Diaspora.

Within this prestigious gathering is the most valuable treasure to the Ooni – a team of over 500 enterprising youths from different parts of Nigeria, with whom the king had a forum of discussions and dinner, where he reaffirmed his vision for the youth, while also confirming that his biggest asset as a father is the young people who are filled with dynamic ideas and understand what it takes to change the narratives of our great nation.

I remember accompanying my royal father – Ooni Adeyeye Enitan Ogunwusi Ojaja II, to meet the king of Fuji – K1, where Ooni introduced me to him as his first son.

My return trip was in the company of my sister – Dr Elizabeth Jack Rich as we cruised from Ile-Ife in an 11-man car convoy to her Private Jet hanger in Ibadan city – the beautiful ancient city! How can I forget to mention the incredible stylist – Swanky, who made sure that my beautiful Sister looks like the queen she is, on this occasion.

The journey from Ile-Ife to Lagos was smooth and in less than 20 minutes, we arrived in Lagos, but the trip from Lagos Airport to my office took over 4 hours! You can always guess the usual culprit – Traffic! Lagos, we hail thee!