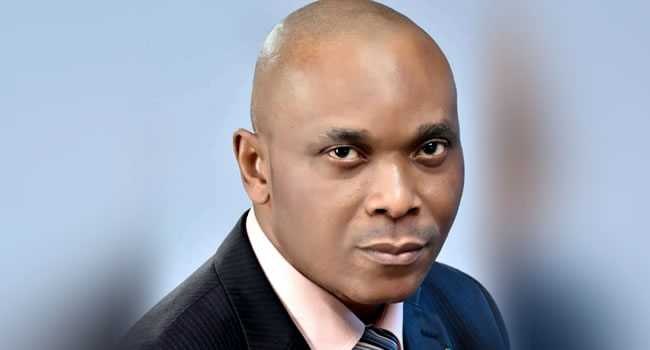 Former House of Representatives aspirant of APC in Ondo State, Engineer Mike Adeyanju has declared his support for the Deputy Governor His Excellency, Hon Agboola Ajayi.

Engineer Mike Adeyanju was one of the aspirants of the APC in the last election in Ondo State for the House of Representatives.

Mr Goke Akinyemi issued a statement in Akure on behalf of Engineer Mike Adeyanju. Goke Akinyemi said Engineer Mike Adeyanju, who is also the State Coordinator of the Buhari Support Organisations (BSO) in Ondo State has finally decided to put his weight behind the Gubernatorial Aspiration of His Excellency, Barrister Agboola Alfred Ajayi, in the fast-approaching October 10th, governorship election in Ondo State.

“This decision is informed by the disposition of the group in Ondo State for sustainable good governance, coming after objective analysis and due consultation with supporters, party leaders, stakeholders, friends, family and well-meaning Ondo State citizens, home and abroad.

“This move has come inevitably in a bid to avoid taking chances in our quest to rescue Ondo State, and birth a New Dawn in the lives of all and sundry via the October 10, 2020 gubernatorial poll”.

“The quest for sustainable and genuine transformation of our lives, and security of our future as a State remains a foremost ideology and priority of Engineer Mike Adeyanju and his camp, a burden that transcends political party affiliation or primordial sentiments. When the rain pours, it beats on every head, regardless of sectional identity. It is time to stop the acid rain”.

“Engineer Mike Adeyanju reassures of his promise to do everything possible to ensure that the battle against retrogression, oppression and inept governance in Ondo State is won and buried decisively using the opportunity that the October 10, 2020 election presents”.

“Furthermore, he urges his supporters, party faithful, and the general public to respect his decision and support the moving train of Agboola Ajayi to become the next governor of Ondo State come October 10th 2020 governorship Election”.

Engineer Mike Adeyanju said “While appreciating all members and the various tier of the leadership of the Buhari Support Organisations in Ondo State for their steadfastness and unalloyed loyalty, I am optimistic that a new chapter is already opened in advancing the goals of the BSO in Ondo State”.

I have been invited to rejoin APC ― Ortom