On the best Nigerian goalkeeper 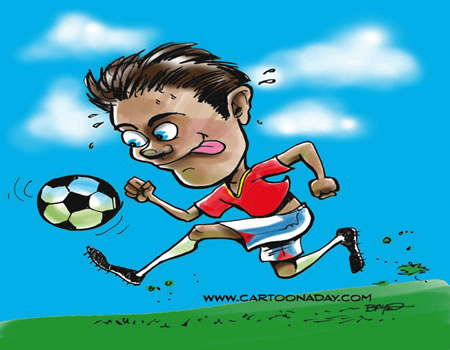 ONE would be a stone not to be moved by the industry, tenacity and prodigious output with the pen of the ex-Green Eagles international, Segun Odegbami.  It will be a surprise if Nigeria had produced a better goalkeeper  than Peter Rufai. I refer to Rufai of the Stationery Stores. Peter Rufai of the Green Eagles in the 80s and the very early 90s. Rufai was at his peak in the 80s. You needed to watch Rufai at the Nations Cup in Morocco in  1988. There was the story, not a myth, that great Cameroon footballers like Roger Milla, Emmanuel Kunde, Omam Biyik, etc. would always dread Nigeria when Rufai was in goal. Peter Rufai at the peak of his career would not concede “foolish goals”! He probably saved more penalty kicks than any goalkeeper in Nigerian football history!

Indeed, Rufai was in goal when Nigeria beat Cameroon 2-0 in Ibadan in the qualifier for the Italia 90. It remains a matter of regret that Coach Clemens Westerhof dropped Rufai for the comparatively less endowed  Alloy Agu during the final qualifier in Yaounde. Not a few football aficionados believe that Nigeria failed to make appearance in the 1990 World Cup because of the attitude of Westerhof towards Rufai. Why was Peter Rufai not in goal in the final match of Nigeria against Cameroon in Ivory Coast in 1984? Of course, a goalkeeper is as good as his ten fellow players on the field, especially the defenders. When you have defenders that are not up to scratch, who recklessly expose the goalkeeper, then even the most endowed goalie would be turned into a rookie or greenhorn by the opponent. But sometimes it takes a very good goalie to save a team from defeat just as it sometimes takes an exceptionally good striker to deliver  victory to his team.

Nigeria football would seem to have been in recession since the 1994 World Cup. Never mind the occasional flash in the pan. Sometimes you have your mouth agape. Where is the Segun Odegbami in this team (on the right flank)? Where is the Felix Owolabi in this team (on the left flank)? Where is the Big Boss, Stephen Keshi, in this team (in the central defence)? Where is the Peter Rufai of the 80s in goal? After the exit of Jay Jay Okocha, when last was a free kick converted directly to a goal by the Super Eagles? Your Super Eagles under Gernot Rohr would play ten to fifteen free kicks in a match, where the stakes are so high, yet would balloon all or waste them all. Not a single one would threaten the opponent’s goal mouth or make the spectators rise in expectation of a goal or in awe of a masterly delivery! And I often find myself exclaim: What did you learn in training?! What  do these players actually do in training?!

A worse case scenario. You have a football federation giving an AFCON quarter/ semi final target to the Super Eagles coach in the 21st century of Nigerian football! In the decade when Egypt won the AFCON three times in a row!!! What level of lack of ambition could be so inflicted on this nation! So many questions begging for answers…Well, this piece is supposed to be a short intervention on the proposition by Segun Odegbami – the best goalkeeper in Nigeria’s football history since 1960! Lest it takes a life of its own, my choice, without any further ado,  is – Peter Rufai!