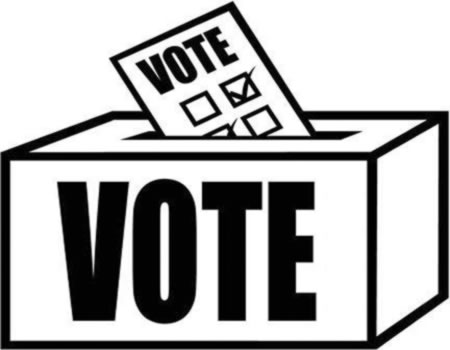 ELECTION periods are the best seasons to test the strengths of parties and their faithful. They come with fun and excitement as supporters and followers of certain aspirants and candidates engage themselves in rat racing as many attempts are made to outsmart and outshine one another. However, many tribunal cases that led to the cancellation of election results and return of mandates to their rightful owners have resulted into the alteration of election calendars in some states,  including Ondo. In the South, the tsunami which began in Edo State when Comrade Adams Oshiomhole emerged as the elected governor of Edo State moved to Osun as Mr. Rauf Aregbesola emerged as governor and stopped in Ondo State where Dr. Okusegun Mimiko emerged governor. Though these great Nigerians had served out their terms, two each, the electoral calendar remains altered in the states and others who suffered the same fate. So, despite the fact that general elections took place in May 2019 across the country, governorship election is scheduled to hold in Ondo State in 2020.

Consequently, in the past six months, the state has witnessed a surge in political campaigns, party meetings and political alignments and realignments as political interest groups and aspirants have begun to strategise for 2020. Undoubtedly, two major parties are likely to slug it out in the exercise: the APC and PDP. This is not to say that others would not be involved but they are likely to do just for the sake of participation. With the present look of things, the PDP which already has 17 aspirants showing interest in the ticket of the party seems far better prepared than the ruling APC. The present factionalised APC in the state is a house divided against itself as party activities do not take place at all: no ward meetings, no party gatherings. Activities are just at zero level. To worsen this ugly development and preparatory to the last general election, the state party chairman whom many perceive as an acolyte of the governor, was allegedly directed  to campaign for candidates of the Action Alliance (AA) during the May 2019 general election. Sadly enough, the executive governor of the state, Mr. Rotimi Akeredolu, was accused of supporting Action Alliance at the polls.

The results live with us today as APC lost two of its Senate seats and some House seats. The aftermath of this development was that the National Working Committe of the  party suspended the governor from the party for having engaged himself in what was described as anti-party activities. To this suspension, the governor rather controversially explained his roles. Now, the question on every lips is why the leadership is still being allowed to continue. In saner climes, I think it should have been long forgotten. Its activities led to the factionalisation of the party, the template of which has been in place since Akeredolu took over the reins of leadership as governor, allegedly edging out of the party those who do not belong to his group. Following this development, the leadership of the party ably led by Asiwaju Bola Ahmed Tinubu, Chief Bisi Akande and Chief Olusegun Osoba visited Ondo State to resolve this lingering crisis. At the meeting, it was agreed that the state exco be dissolved and a caretaker committee put in place, but till date nothing has been done in this regard. This has not gone down well with many party folks some of whom are already jumping the ship to other parties.

As it stands today, the only way out of APC’s present crises is tinkering with the leadership in the state. Anything short of this will definitely not augur well for the party that is fast losing grounds in the state. I think the National Working Committee led by the disciplinarian Comrade Adams Oshiomole should rise to the occasion and bring sanity to the party. The days ahead are full of a lot of apprehension, perceived intrigues and political manouvering, but the talk in many lips is that the present APC may not be able to win further elections in the state just like it performed in the last election. But will this be the end of APC in Ondo State? Time will tell. However, the national leaders of the party should not quickly forget that Action Alliance is an alternative platform for dissidents within Ondo APC. A one-eyed man should not take the same risk with a two-eyed man because one runs a higher risk than the other. A word is enough for the wise.

Buhari, Magoro and the reunion of class of 84/85