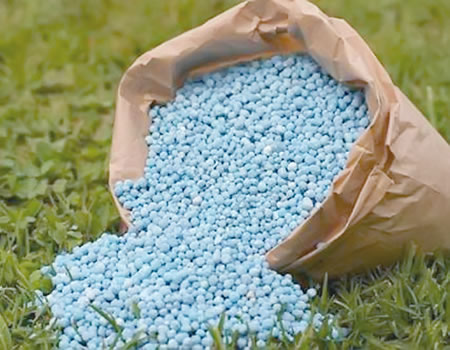 THE fertiliser and ammonia plants currently undergoing construction in Nigeria and Ghana are expected to be operational by the year 2024.

According to the company’s Chief Growth Officer, Soufiyane El Kassi, when the two plants begin operation, it would add two million tonnes to its global output capacity

He further said that the siting of the two new plants was part of the company’s resolve to drive the use of phosphates-based fertilisers in Africa.

OCP had already announced plans to start operating a 2.5-million tonnes a year fertiliser plant in Ethiopia by 2023 or 2024 with phosphoric acid supplied from Morocco, and El Kassi said its output would be for both the domestic and export markets

Like many other Moroccan firms, including banks, insurers and real estate companies, OCP has been expanding its investments in Sub-Saharan Africa in recent years, boosting the kingdom’s economic clout.

OCP, also plans blending plants in Nigeria, Ethiopia, Ghana and Rwanda to customise fertilisers to the requirements of different soils, he said.

So far, OCP, supplies 28 blending units and has offered training to help 750,000 African farmers in eight countries to increase production.

Low international prices however incurred a 3 per cent drop in revenue to $5.5bn in 2019.

The company, had also cut production by 500,000 tonnes in the first quarter, a move which El Kassi said was to adapt to market demand.

“Maintaining a footprint in the Eurobond market has always been part of our financing strategy,” Kassi said.

“The mobile cassava processing truck developed by Cassava Compact of TAAT can help us in addressing part of the problems associated with processing. I believe the solutions are here with us. All that is required is for us to pull together, and the private sector must truly play its role at this time”.

In the same vein, the Vice Chancellor Federal University of Agriculture, Abeokuta, Professor Felix Salako said that agriculture could be transformed through investing on cassava production and processing.

He lamented that the major products from cassava which are largely needed in Nigeria were being imported by big companies due to poor local production of the products.

“We can transform our agriculture system to a robust economic base using cassava with steady and unhindered investment for ethanol, starch and high quality cassava industries in our nation.

“Nigeria grows about 54 million metric tons of cassava per year. Cassava is a versatile commodity with numerous uses and by-products. For instance, starch companies have recently established deal to supply cassava starch to Nestle, Cadbury, Unilever, and son on.

“Unfortunately, most of them are only running at around 50 per cent (less than 50,000 tons of starch per annum). The demand for starch is expected to continue to grow at 5 per cent yearly in total demand, this puts total demand for starch at 357,000 by 2020, especially as more companies seek to establish local production lines to service the expanding Nigerian and West African market (sorbitol for toothpaste, sugar-syrups and sweeteners from starch).

“Our net imports for ethanol stands to 300 to 350 million liters per annum. We are unable to produce 30 million liters, creating gap for further national investment instead of imports.

“It is on this note that I seek your cooperation to deliberate on how best to learn from past experiences and use the cassava value chain to unlock further opportunities for millions of farmers and contribute to food security, job creation and incomes, especially for women and young people in Nigeria”, Professor Salako said.