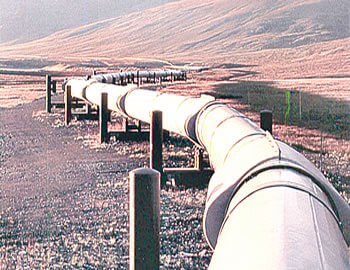 The Nigeria Security and Civil Defence Corps (NSCDC) have dispelled rumours about pipeline vandalism in  Aboru area of Lagos.

According to a statement signed by the Media Assistant to the Commandant General NSCDC Ekunola Gbenga: “We are aware of incorrect social media rumours of damage being caused by vandalization on NNPC Pipeline at Aboru/Cacatin Canal on July 2, 2020.

The attention of the Corps has been drawn to the news and viral video on the internet to the effect that there was vandalization on NNPC Pipeline at Aboru/Cacatin Canal, the Corps responded promptly to the location and intensified patrols and surveillance to allay the fears of members of the public.

It was however discovered that water was gushing out of the rusted pipe because NNPC has been pumping water for over a week while carrying out welding of previously pegged points on the pipeline.

This point was to be welded a few days ago but due to overflow of the canal, it was not possible then.

Though we have educated those living around the pipeline about this exercise, that didn’t stop rumours quickly circulating on social media platforms.

“The Corps wishes to debunk the rumour in its entirety as nothing could be further from the truth.

“Although the Corps received distress calls from concerned Nigerians whose apprehensions were understandably heightened by disturbing rumours emanating from some social media platforms.

The Commandant General Abdullahi Gana Muhammadu said that the protection and security of NNPC pipelines and oil assets were part of the constitutional responsibilities of the corps.  He reassured the general public that NSCDC would continue to do its best to send pipeline vandals out of business.

Gana further warned against rumour-mongering and spreading of fake news, saying that it poses dangers to efforts of the security agencies in crime prevention and control.  Please always verify the source and authenticity of the information before you spread it out to avoid being a courier or victim of spreading fake news.

The Corps will not relent on its efforts in protecting the lives and property of the citizens.  Members of the public are thereby enjoined to remain calm and support the ongoing efforts of the Corps in ridding the country of criminal elements.