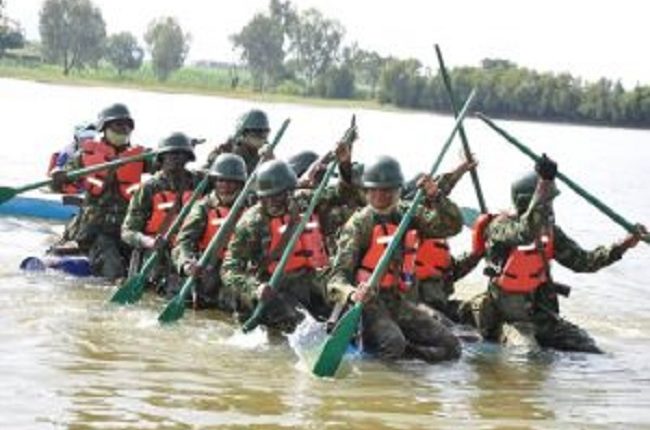 The Nigerian Defence Academy (NDA), Commandant Maj.-Gen. Jamil Sarham has reaffirmed the academy’s commitment to turn out the best officers for the Nigerian Armed Forces.

“The Nigerian Defence Academy (NDA) Kaduna has reaffirmed its commitment towards producing the finest quality officers to be commissioned into the Nigerian Armed Forces.

The  NDA Commandant Gen Sarham revealed this on top of Shere Hills in Jos Plateau State on Tuesday as he inspected the progress being made by final year army cadets of 67 Regular Course and Short Service Course 46 conducting Exercise Camp Highland.

Sarham, who ascended the peak of the hills in the company of his Deputy and other NDA management staff, was on inspection of the progress of Leadership and Adventure Phase of the exercise.

He expressed his satisfaction with the level of progress achieved so far in the three weeks of exercise.

The Commandant explained that the exercise was aimed at ascertaining the level of preparedness of cadets towards their eventual commissioning into the Nigerian Armed Forces.

“It is to ascertain their military competencies, leadership, command and control. It also an avenue to test their ability to work as a team at all times,” he said.

He added that the exercise would enable the cadets to be agile, adding that it would also strengthen their decision-making capabilities in tough times”

The News Agency of Nigeria (NAN) report that, during this phase of the exercise, the Cadets confidence to conquer height and water phobia would be built through Abseiling and rappelling of Shere Hills; rafting and obstacle crossing.

“The cadets had earlier been tested on map reading and navigation in the general area of Heipang, Jos.