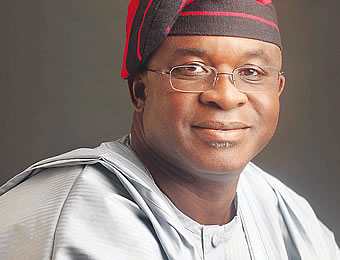 A former Senate President and presidential aspirant on the platform of the Peoples Democratic Party (PDP), Senator David Mark, on Tuesday, said the entire northern Nigeria should support the middle belt to become the president of the country.

He said since the region had always backed the aspirations of people from the northwest and the northeast parts of the country, time was ripe for the two zones to reciprocate the gesture.

Apart from this, the Benue state senator also said he was ready to accept the result of the presidential primaries of the party as long as it is free, fair and transparent.

Mark said this in Lokoja, the Kogi state capital while addressing the leadership and delegates of the PDP to the presidential primaries holding on October 6.

According to him, the north-central region of Nigeria had always been a stabilising factor in the political arrangements of the nation, saying the area should be allowed to produce the next president in 2019.

According to him, “I think the core north have no option but to support me because we have also supported them severally in the past. It is a give and take.

The former Senate president, however, said if elected by the delegates of the party and the electorate at the general election, he would ensure that the nation’s economy is run by experts.

He said engaging experts in the field would make the job of turning around the economic fortune of the country easier.

According to him, the true reflection of an improved economy could only be noticed in the life of market women and ordinary man on the street and not in statistics being brandied by the present administration.

He regretted that the ruling All Progressives Congress (APC) lacked the expertise needed to adequately reflate the economy enough to attract foreign investors and provide jobs to the teaming youths.

Mark said, “I will do so many things differently when we put our process in motion, the woman who is selling groundnuts on the roadside would feel the impact, that is when you know that the economy has changed and not merely the statistics or the indices that are being churned out there.

“Recovery from economic recession should be practically demonstrated so that persons Onitsha, Kano and every part of the country will feel it”.

He, however, expressed his readiness to accept the outcome of the party’s primary election and work with whoever emerges, if not himself, to bring the country out of the predicament orchestrated by the APG government.

“Whatever we do, whether consensus or primary election, the important thing is whoever is going to emerge must do that in a process that is acceptable to everyone, a process that is fair and very transparent and a process”, he stated.