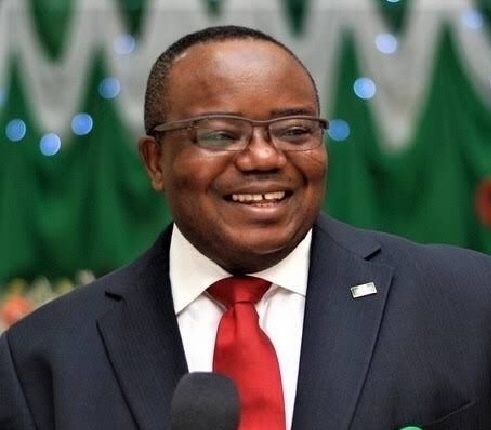 The entire National Institute for Policy and Strategic Studies (NIPSS) has been thrown into mourning following the sudden demise of the Director-General of the Institution, Professor Habu Habu Galadima, who died, on Sunday, after a brief illness.

A source close to the National Institution revealed that Professor Galadima who presided over the graduation of Senior Executive Course SEC 42 last week did not show any sign of illness throughout of the week-long event that marked the graduation.

The source further revealed that the late Director-General took a week break after the graduation and travelled to Abuja where he fell sick and was admitted at a private hospital where he died in the early hour of Sunday.

According to a statement signed by the Secretary/Director of Administration of the Institute Brigadier General CJF Udaya, the death occurred on Sunday after a brief illness and has been buried according to Islamic rites.

“On behalf of the Board of Governors, Management and staff of the National Institute, we regret to announce the sudden demise of the Director-General/CEO of the National Institute for Policy and Strategiacvoc Studies NIPSS, Prof Habu Shuaibu Galadima which occurred this morning December 20, 2020, after a brief illness. He will be buried according to Islamic rites.”

Governor Lalong in a statement said the death of Prof Galadima is a great loss to his immediate family, NIPSS, Plateau and Nasarawa States, the Nigerian academic community and the entire country.

He described the late Prof Galadima as an astute scholar of international repute, administrator and professional who demonstrated uncommon commitment in carrying out every responsibility he was assigned.

Lalong said: “Since assuming office over one year ago, Prof. Galadima has injected a fresh impetus in the management of the nation’s apex policy and strategic institution by introducing new concepts that made research seamless even under the current COVID-19 pandemic. He also did a lot to improve the physical infrastructure of the institution while strengthening the academic experience for all course participants. He will be greatly missed.”

He said Prof Galadima over the years contributed a lot to the educational development of Plateau State having studied and taught at the University of Jos for many years before his appointment as the DG of NIPSS.

Governor Lalong prayed to God to grant his soul eternal rest and comfort his family.

Ministry of Petroleum paid N718m to 11 contractors without documents ― Senate

DPR warns against illegal sales of LPG in Delta