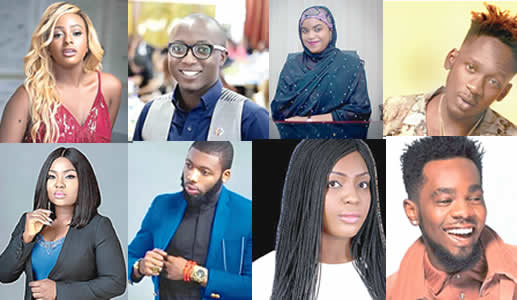 Nigeria has had its share of the global challenges – fall in oil prices, disruption in tribal and religious harmony spawning seemingly endless security crises; then came the ‘irrepressible’ COVID-19 threatening to wipe everyone out.

But tough times define tough people. In the midst of all these daunting challenges, enterprising young people are controlling their ‘environments’ and rewriting their own history.

The respected magazine identified 30 of these heroes of enterprise in Africa in its sixth edition of ‘Forbes Africa 30 under 30’ (out of over 3000 nominations received) – and nine of them are Nigerians!

These are leaders of tomorrow who, according to Forbes, are “passionate, innovative, impactful, pioneering and are real hustlers of the African growth story.”

She founded KJK in 2014 as a one-woman business, able to write 16 programming languages, out of the realization that not many small businesses had access to skilled programmers and tech experts.

Olajumoke ventured into this unchartered territory in May 2014 from her bedroom with savings of $300. Today, the business has 18 full-time employees and works with 37 contract programmers on a project basis.

KJK has since built apps such as the tru-DATA app owned by TrippleGee & Co. Plc. a security company which resulted in a contract worth $2 million. The tru-DATA app is used to combat counterfeiting and proliferation of fake products.

In 2014, Tracy would blend fruits together into a smoothie detox and package some to carry to work. She later decided to start a smoothie delivery company. She teamed up with a business partner, Omowunmi Akande, to raise $10,000 from their savings, built a website, bought a motorcycle for deliveries and set out to start the Smoothie Express.

After an initial challenge relating to operational base, in 2016, the duo moved into their own kitchen and the business began to grow as the two researched and carefully created their own recipes. They later in 2017 opened their first brick-and-mortar store in the heart of Victoria Island and were now able to service walk-in clients.

The company currently employs a team of 35. She plans to grow Smoothie Express to become an international brand with locations across Africa by 2025.

Born Patrick Nnaemeka Okorie, Patoranking is one of the most famous reggae dancehall artistes in Africa. In 2016 and 2017, he was a judge on the internationally-acclaimed reality singing competition, The Voice Nigeria. He was also awarded MTV Africa’s Song of the Year for hit song My Woman, My Everything in 2016.

The following year, he was crowned Best African Artiste at the South African Music Awards (SAMA).

To date, Patoranking has been nominated for over 40 awards, including Male Artiste of the Year and Best Dancehall Artiste, taking home more than 20 awards for these categories.

Born in Port Harcourt, Rivers State, and raised in Lagos, Oluwatosin Ajibade would sit at the breakfast table with his dad, listening to old records his father used to play. This was the key moment that inspired him.

He began his music career while attending college in Ghana, where his side hustles included promoting concerts and running a concierge service shuttling wealthy kids to parties.

“I began my career with a small cash gift from friends, which enabled me to pay for my first professional-quality video for Skintight,” he told Forbes Africa.

This later led him to producing more African favorites in 2017 such as Leg Over and Pour Me Water, both garnering over 74 million views on YouTube.

Mr Eazi’s ascent to global stardom has seen him clock over 280 million YouTube views and more than 4.1 million Spotify streams per month, making him one of the most streamed African artistes worldwide.

But now, Mr Eazi is establishing himself as an entrepreneur as well. After founding emPawa in 2018, he has been on a global campaign to mentor and fund African artistes.

Florence Ifeoluwa Otedola had everything laid out for her. She could have followed in her father’s footsteps and become an oil trader. But she longed to pursue the arts, though she had a degree in Economics and Management.

“I was convinced my plan was to make lots of money and be the next Femi Otedola!” she tells Forbes Africa.

But she took to DJing and threw everything at it. As a teen, she would perform at local parties, events and in front of crowds. Now going by the name ‘DJ Cuppy’ Florence has become one of Nigeria’s most accomplished DJs.

In 2015, she founded The Cuppy Foundation, a nongovernmental aimed at uplifting women, children, and people living with disabilities and tackling issues such as education, malnourishment and poverty.

In his second year as an undergraduate studying Accounting, Davies Okeowo watched an episode of the Donald Trump-produced business reality show, The Apprentice, and instantly decided he wanted to become an entrepreneur.

He didn’t have a smooth ride a first though.

“I made no sales in a full year and burnt all my savings,” he says.

However, a mentor guided him and taught him to build a structure for a sustainable business. Soon, he started helping other entrepreneurs, and this birthed Enterprise Hill.

With a computer and internet connection, he founded Enterprise Hill in 2015 as an accounting and business development firm. In 2017, he founded Competence Africa, a social enterprise now focused on the employability of young Nigerians.

Over 148 students have graduated from their competence development programme and over 2,000 businesses have been impacted.

Maryam Gwadabe is a tech expert passionate about teaching and supporting young people, a gift she discovered when attending a programme at a vocational centre and she noticed that some of her classmates struggled with their programming skills. On graduating, she tutored and mentored some of her friends and close relatives.

With a capital investment of NGN150,000, she then bought some training material, developed a curriculum and started facilitating basic and advanced ICT skills from her living room.

After a year, in 2014, her students exceeded her expectations. With support from her father, she set up a hub in 2015, known today as the Blue Sapphire Hub in the heart of Kano State in northern Nigeria.

Gwadabe employs a staff of 15, and has trained over 5,000 youths and women, and supported over 20 tech-driven and non-tech-driven startups with business development support.

His love for fashion started at a young age as he and his family traveled from city to city.

“We would usually have to wear the clothes of the locals of each city we visited, to blend in, and I absolutely loved it! Growing up within this lifestyle, I became more inspired by my surroundings and began to invest in Nigerian fashion magazines,” he tells Forbes Africa.

After the death of his father, Ogbode socialized a lot as a coping mechanism, and not long he acquired the sobriquet ‘that stylish guy’.

Well, he turned it into something big; he launched his fashion and lifestyle brand, Swanky Signatures Styling, in 2012, and it has since grown to become one of the most popular and influential brands in the industry.

In a 2017 photograph taken at the CAF Awards ceremony in Accra, Ghana, Asisat Oshoala, stands proudly as the only woman in the photo among some of the football greats: Mohammed Salah, Sadio Mane, and countrymate Pierre-Emerick Aubameyang.

She may not be one of the boys but she is surely in their league, Forbes says.

Oshoala’s parents were not happy when she dropped out of school to pursue a career in the game; but years later, it has paid off as she has built a successful career and become a titan of Nigerian football.

Recently, she won the Confederation of African Football’s (CAF) Women’s Player of the Year for the fourth time.

She plays for both the Nigerian national team and internationally for the Spanish side, FC Barcelona Femení, in the Primera División as a forward.

‘I’m afraid of my wife; she’s ill tempered, almost stabbed me with knife’

It is surer, wiser to seek herbal solution for a new disease like COVID-19 —Prof. Elujoba