Brands and Marketing
By Akin Adewakun | Lagos On May 3, 2021 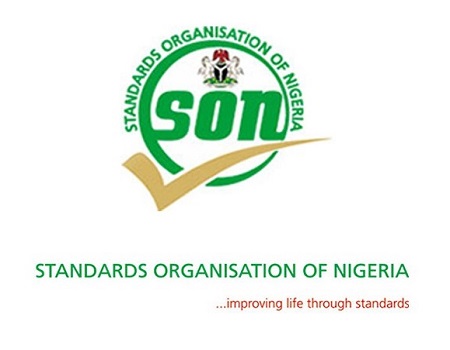 Standards Organisation of Nigeria (SON) has assured that  its new testing laboratories,  would go a long way in enhancing the standards and quality of goods produced, locally, and make them globally competitive.

The Director General of the organization, Mallam Farouk Salim,  gave this assurance at the commissioning of the organisation’s new high-tech laboratory and  unveiling of its new Certificate of Accreditation in the areas of Paint, Electrical and Micro-Nutrients Testings, at its Ogba office, in  Lagos, recently.

Mallam Farouk stated that with the new certification from the reputable American A2LA, the organization is better equipped to get locally-produced goods tested in Nigeria, thereby eliminating the hassles the nation’s manufacturers usually face, taking such goods abroad for same purpose.

According to him, with a certification from A2LA, a non-governmental accreditation body that provides international credibility and compliance to organisations within dozens of industry, the nation’s manufacturers should be rest assured  of their goods getting global recognition, and acceptance, once given a clean bill of health by the organization.

“The issue of AfCFTA has even made such certifications imperative. This is an era the local goods would have to compete with others within the continent, and if we don’t have this facility to test their suitability for the market, there is no way such goods would be able to compete successfully on the global scene,” he stated.

Also, speaking at the event, the organisation’s Director, Laboratory Services, Mrs. Mojisola Kehinde, explained that  the certification was as a result of a journey, started by the organization in 2009, to get all its laboratories accredited.

She added that the certification had become imperative since the current realities at the global market had made it imperative for locally produced goods to have SON’s  test results, so as to enhance their global competitiveness.

“Accreditation declares our technical competence in the areas of the highlighted scopes, thus, in turn, reassures our customers that SON Testing Laboratories have the discipline and system to produce consistently valid results.

“Today’s unveiling of Certificate gained on the 23rd day of February, 2021 is to  create awareness on the value of testing services  available here and to covet your continuous patronage,” she added.

Expressing his association’s delight at the new lab, the Executive Secretary of the Paints Manufacturers Association of Nigeria (PMAN), Mr. Jude Maduka noted that the new facility would go a long way in solving the challenges presently confronting manufacturers in the sector.

“Our products are always rejected by the oil and gas companies. I believe by the time our products are certified here, those companies would be rest assured that the paint we produce here can compete with any around the globe,” he added.