New DDI urges journalists to be guided by national interest 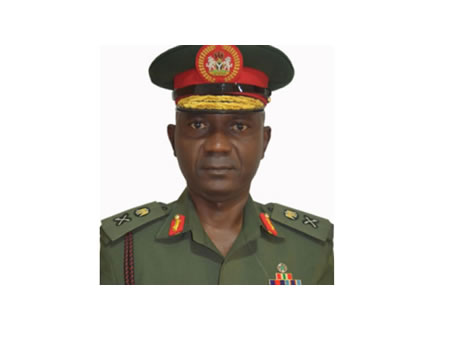 The new Director of Defence Information, Maj-Gen John Enenche, has appealed to journalists to be guided by national interest in their reportage of activities of the Nigerian Armed Forces.

Enenche, who made the appeal on Wednesday at his maiden interaction with Defence Correspondents, however, urged them to continue to report the truth.

He said the appeal was necessary because Nigeria must remain a corporate entity where peace and tranquillity prevailed at all times.

Enenche, who was appointed to the post on March 1, reminded newsmen that negative reports would not only affect the image of the military but also that of Nigeria.

“Remember that the armed forces are the backbone of the country. What has caused other nations to disintegrate has happened to Nigeria, but it remains one united country because of the armed forces,’’ he said.

He described the media as powerful as its reports affected the entire world, adding that there were at times in history when crises were calmed by positive reportage.

According to him, the media is a different field all together, “a field of confrontation, a field either to lose or to win”.

Enenche also said that journalists should use their report to “enhance peace in the armed forces, Nigeria and worldwide”.

Journalists advised to adhere strictly to ethics of the profession