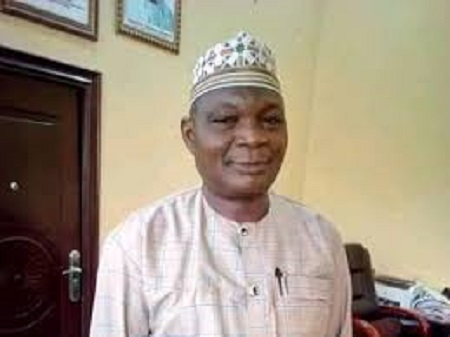 The National Association of Nigerian Students, NANS, on Thursday passed a vote of confidence on the Acting Rector of the Auchi polytechnic, Mr Mustapha  Zubair, for his outstanding leadership style since he assumed office as the head of the institution.

The Vice President of NANS, Special Duties, Comrade Odiahi Ikhine, expressed the confidence during the opening ceremony of the Auchi Poly week held in Auchi, Edo.

Ikhine said that the entire students of the institution and the leadership of NANS were impressed with the developmental stride and leadership style of Zubair.

“Let me use this opportunity to tell you that the entire student community in Edo and its leadership are proud of your outstanding leadership style. We are very much impressed with what we saw on ground here as regard to Covid-19 protocols on the campus which had the best installation in place among all the tertiary institutions in the entire state,” he said.

The NANS vice president thanked the Ag. Rector for finding it worthy in appointing one of their own, as his Personal Assistant in the person of Comrade Bawa Sani Mudathir.

He promised that NANS would give the Acting Rector the necessary support to move the institution to greater heights.

“You have by this singular act extended a warm hand of friendship to all members of the comrade community within this axis. I want to assure you and your Management team of full cooperation in your quest to move the institution to the next level,” he promised.

On the forthcoming SUG election of the polytechnic, Ikhine said the NANS was on ground to monitor the election to ensure that a free and fair election, devoid of intimidation of any student by even the management.

“We are here to stand for what is right and if we discover that the conduct of the election is not free and fair, we will also know what to do in that regard. So we will continue to liaise with the Electoral Committee from time to time in monitoring the processes leading to the Election and the Election itself,” he said.

Earlier, the Acting Rector, Engr. Zubair, thanked the Students’ Union Government for the cordial relationship with him and the management of the Institution.

He called for the same cordial relationship for the incoming Students’ Union Government.

“Poly week is the part of activities in our school calendar and it is an opportunity to usher in a new Students’ Union Government. Election is not a do or die affair, my advice to them is to accept the result of the election the way it comes, and work together,” Zubair counselled.

The rector also enjoined the students not to forget the essence of their being in school in the first place, which is to learn and be certificated that they are graduates of Auchi Poly.

“My advice to them is to sit tight and face their studies. They don’t have the time because in the next two or three weeks, they will be taking their examinations, so they should read very well and pass their exam without any stress and I wish them all the best,” he said.