What we did with N10b zonal intervention fund ―Fijabi 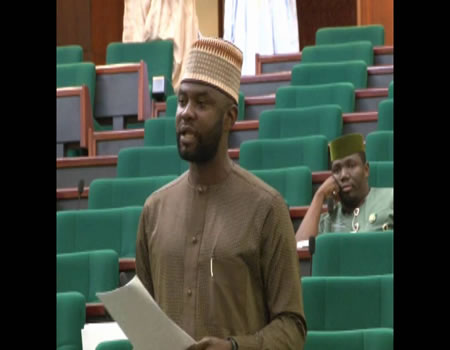 THE chairman, House Committee on Telecommunications, Honourable Saheed Fijabi has explained how the N10.6 billion zonal intervention fund earmarked for all the National Assembly members from the South-West in the 2016 budget was distributed for constituency projects.

Fijabi, a ranking lawmaker representing Ibadan South-West/Ibadan North-West Federal Constituency, confirmed that the three Senators and 14 House of Representatives members from Oyo State got N1.6 billion not in cash but in project value from the zonal fund.

The lawmaker made the disclosure while responding to questions from a panel of journalists on Isaac Brown’s Political Circuit on Fresh FM, a privately owned radio state in Ibadan, at the weekend.

He explained further that he got N71m worth of projects, which he said were executed across communities in his constituency, reiterating that no legislators got cash for whatever was allotted them.

Asked what his monthly pay was as being representative of what each of his colleagues gets, he said his salary, contrary to the N27million monthly pay being bandied about, was N600, 000.

He, however, said what could be taken as additional income was office running cost which, he explained, was being borne by the National Assembly from its budget with a central management team that looks after such.

“Nigerians are always interested in what we earn as legislators, but fail to ask how much we spend as politicians. The people of our constituencies are always on our neck. We spend a lot. Have we ever sat down to x-ray the lives of former members of the National Assembly, to see what they are going through after leaving office?

“If those of us in government had been able to done some fundamental things like provide employment, provide good roads, water, electricity and others, the pressure would be less. If we provide these basic things and we earn N1m a month, nobody will probably come and ask us how much we earn.

“But now, things are pretty difficult. However, we should not forget that this is a government that has been in charge just for two years, unlike the past government that ruled for 16 years, during which an individual bought 58 properties scattered all over the world.

“The constituency project thing is being misunderstood in many quarters. It is correct we had N10.6b voted for the members of the National Assembly from the South-West. It is also correct that the NASS members from Oyo State got a share of N1.6b. But the money was not given to us in cash.

“We were asked to nominate the projects we wanted done with the money. If you walk across my constituency, you will see a lot of projects done in my name. So, that was what the money was used for. Again, I reiterate that nobody gave me N71m cash,” he said.

Told that many legislators have a way of influencing those executing the project to get back a substantial amount of the constituency project funds, he said “I am not saying the House is perfect because anything could have happened.

“In leadership position, the most important thing is what we can give back to our people. But as much as you give, you still can’t satisfy the people.  I attracted a N350m e-learning centre to UCH through the National Communications Commission (NCC). Someone can be doing a surgery in UCH and a teacher can be in the University of Ibadan (UI) teaching those in theatre how to do the operation.

“There is another e-learning facility at the School of Hygiene, which is another N350m project. When people voted for us, there is the kind of things we should be doing for them. I am not collecting money from anybody,” he said.