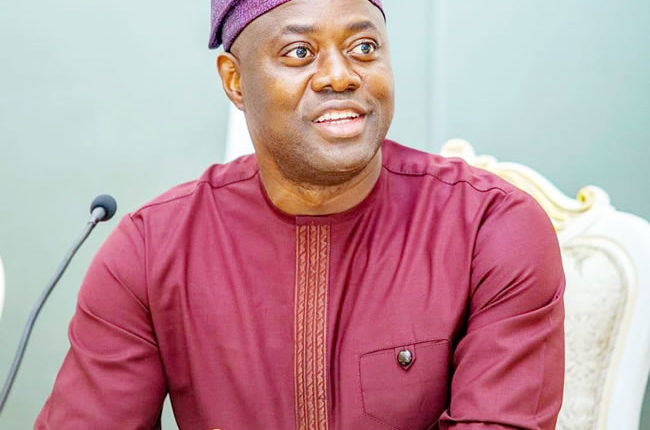 Governor Seyi Makinde of Oyo State has said his administration will over the course of the next year focus on expanding the state’s economy by promoting investment in the solid minerals and tourism sectors.

Makinde made this known in his remarks during the May Day celebration in Oyo State held at Lekan Salami Stadium, Adamasingba, Ibadan, on Saturday.

According to the Oyo governor, the move towards solid minerals and tourism is continuing on successes recorded over the past year in using agribusiness to drive economic growth in the state.

He said evidence that his administration’s massive investment in agribusiness and infrastructure is yielding result is seen in the 2020 National Bureau of Statistics (NBS) report where the state’s Internally Generated Revenue grew by 42.23 per cent and an influx of more people and industries into the state.

He, therefore, expressed optimism that seeking local and foreign investment in solid minerals and tourism sectors will further ensure economic growth in the state.

Makinde said, “Last year, we used the agribusiness sector to drive our economic growth. We supported farmers for improved yield, collaborated with the private sector to improve processing capability and resuscitated previously moribund industries. We have resuscitated the Ijaye quarry and it is now working well. People go there to purchase stone dust.
“In the next year, we will be building on our expanded base and focus. We will be actively promoting investment in the solid minerals sector and tourism. We have already started speaking to investors in these sectors and by the time we present our next scorecard, you will be seeing the results.”

The event saw Makinde restate commitment to the welfare of workers and retirees stating that over N13 billion had been paid in gratuities and that prompt payment of workers’ salaries remain unchanged.

Speaking further, Makinde said those civil servants denied promotion for the past 5years had had their issue revisited and will receive their letters soon.

This is as he assured of implementation of an earlier promise that workers in the state can move up to grade level 17.

Kayode also charged Makinde with intense efforts to stem kidnapping and other forms of crimes and criminalities in the state.

In his own speech, Chairman, Trade Union Congress (TUC), Oyo state chapter, Mr Emmanuel Ogundiran urged the state governor to look into the situation where some of his appointees do not efficiently engage officers in some Ministries, Department and Agencies (MDAs).

He also demanded insurance cover for workers while asking the state government to ensure that all officers benefit from the elongation of the directorate to grade level 17.

The celebration featured displays, march past by various workers’ unions.

In spite of the huge investment in the water sector by the government and international organisations, water scarcity has grown to become a perennial nightmare for residents of Abeokuta, the Ogun State capital. This report x-rays the lives and experiences of residents in getting clean, potable and affordable water amidst the surge of COVID-19 cases in the state…My focus for next  My focus for next

The Lagos-Ibadan railway was inaugurated recently for a full paid operation by the Nigerian Railway Corporation after about a year of free test-run. Our reporter joined the train to and fro Lagos from Ibadan and tells his experience in this report…My focus for next  My focus for next