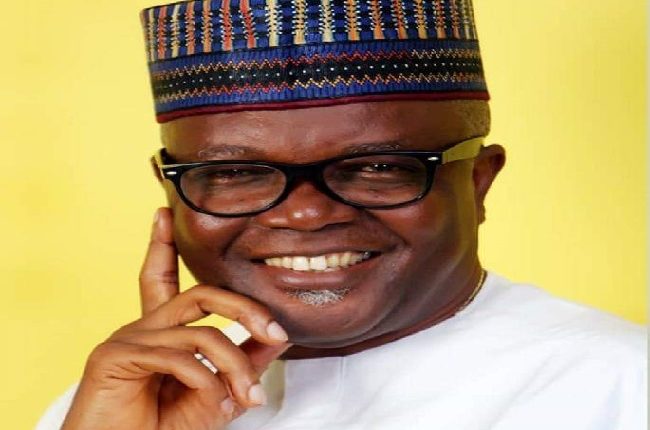 The chairman of the Peoples Democratic Party (PDP) and a loyalist to the former governor, Ayo Fayose in Ekiti state, Mr Bisi Kolawole has said his agenda as the chairman is to unite all tendencies and position the party for victory during the 2022 governorship election.

Kolawole while speaking on a live program on 104.5 People’s FM radio in Ado-Ekiti, the state capital on Monday noted that the people of the state have confidence and trust in the PDP to provide quality and responsive administration.

He said, “The Agenda of this State Working Committee(SWC) is to unify the party and then go ahead to win elections. We’ll conduct free and fair primary, whoever emerges as our candidate we will all support because the process will be very open and fair.

“The target is Oke Ayoba and we are chasing away the remnants of APC after governor Fayemi’s tenure, Ekiti is a PDP State, we all know that but for the jagajaga they did, we won the last election.

” I tell you, this time around, whoever is thinking about rigging had better perished that thought because the people are hell-bent on taking over. If you are planning to rig, you are on your own as the people are fed up and will definitely rise against you.

“The agenda is to take over governance in Ekiti. In-house, we’ll be fair to all that is interested in becoming the governor of Ekiti, we’ll allow them to contest fairly, we’ll give them equal opportunities and whoever emerges winner will be supported.”

According to the media Adviser of the chairman, Bola Agboola quoted him to have said that disagreement in the party was is normal in any political environment, promising that all issues would soon be resolved and the party would bounce back for the task ahead.

He said, “The problem in Ekiti PDP is no longer about leadership as that has come and gone, the fact that former governor Peter Ayodele Fayose is the Leader of PDP in Ekiti is not in the contest, the issue is about our congresses which is normal in politics.

“What’s happening is not strange, I was once in the camp of former governor Segun Oni during the 318, 310 days, we supported Akin Omole but we failed, we didn’t because of that leave the party, we negotiated for harmonisation then but nothing was harmonised, we still went ahead as a party to win elections in the seasons that followed.

“Some people have gone to Appeal after losing at the lower court, we’ll ensure we fuss together again after they must have exhausted that option, it is a family thing and I believe we’ll come back together to send the APC out of Oke Ayoba so Ekiti can have a true government of the people.”

On suggestions that he should not hesitate to suspend members allegedly being used by the ruling party to destabilise Ekiti PDP, the chairman expressed the belief that it won’t be part of the agenda of his state working committee.

“We are not going to suspend any member unless such member proves beyond every reasonable doubt that he or she is against the success of the Peoples Democratic Party.

“We’ll do everything possible to assuage the feelings of aggrieved members and make everybody comfortable under the leadership of Bisi Kolawole.

“The SWC will ensure all tendencies in the party are brought together to achieve success, the spirit as I speak is to bring people into the party, not suspend members unless you are determined to leave the party, we are not willing to send you out of the party. I don’t belong to that school of thought for now.”