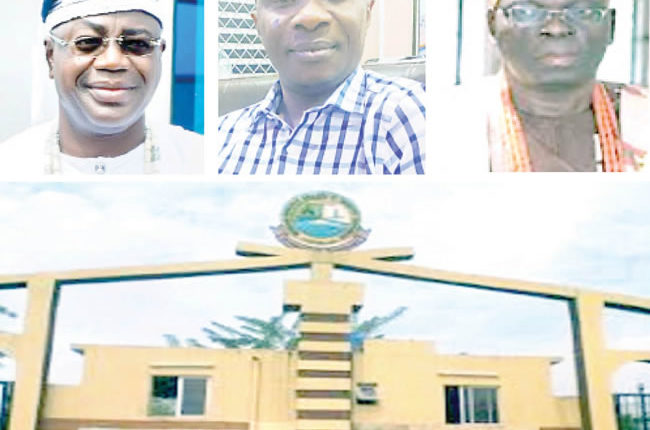 The drive by the Lagos State government towards the establishment of more universities has been in response to increasing public yearnings. This saw the wide acceptance of a public hearing on a bill for a law to provide for the establishment of the University of Education, Lagos (UNEDLAG), with the proposed merger of the state’s colleges of education: Michael Otedola College of Education (MOCPED) and the Adeniran Ogunsanya College of Education (AOCOED) and the eventual upgrade to a university of education. In this piece, SEGUN KASALI reports the readiness of MOCPED to be the main campus of the proposed university with its location in Epe.

Lagos State, as the country’s economic hub, is growing geometrically in its youthful population of over 12 million and overall population of over 20 million with only one state university, the Lagos State University (LASU) and two colleges of education, Michael Otedola College of Education (MOCPED) and Adeniran Ogunsanya College of Education (AOCOED).

While enrolment into tertiary institutions is generally on the increase, there has been a lull in enrolment into colleges of education with data from Joint Admission Matriculation Board (JAMB) indicating that while 97.7% of applicants into tertiary institutions in Nigeria apply for placement into universities, only 1.11% and 1.10% apply for admission into colleges of education and polytechnics respectively.

According to the just-concluded admission exercise in the state’s university, only 3,500 out of the 36,000 qualified candidates that applied to the university for admission could be admitted leaving the remaining 32,500 for another year. Thus, the decision of the state government to merge the two state colleges of education: Michael Otedola College of Education (MOCPED) and Adeniran Ogunsanya College of Education (AOCOED) and upgrade them into a university of education.

Michael Otedola College of Education (MOCPED), located on the outskirts of the community of Noforija, is seven kilometres from Epe town which is the economic and political headquarters of Epe Division of Lagos State.

The college is on a wide expanse of land, 88 hectares in size with additional 60 hectares being recently pledged by the host community thereby making a potentially available land space of 148 hectares.

Remarkably, the debate on the location of the university of education was kicked off by the Alara of Ilara Epe, His Royal Majesty, Oba Folarin Ogunsanwo. Oba Folarin stated this during the hearing on “A Bill for a Law to provide for the Establishment of the University of Education, Lagos (UNEDLAG) and for connected purposes” aimed at converting the present Adeniran Ogunsanya College of Education (AOCOED) Otto/Ijanikin and Michael Otedola College of Primary Education (MOCPED), Noforija, Epe, to a university, held at the Lagos State House of Assembly’s pavilion.

He argued that with the large expanse of land available in Epe, the take-off site for the university should be stationed in Epe Division of the state.

The royal father also noted that the proximity of the Lagos State University (LASU) to AOCOED would have considerable impact on traffic along the LASU-Ojo corridor.

“Today, history is being made. I’m speaking on behalf of all royal fathers in Epe Division. The proposed university is deepening the third pillar of the THEMES agenda of the state governor. Education is the best legacy we can bequeath to our children,” he said.

While arguing that NCE certificate was fast going into oblivion, he stated that, “It is right for the university to be sited in MOCPED Epe. It is difficult to have two universities along the same corridor. There is sizable expanse of land in Epe. This will provide befitting structures and make people study in conducive atmosphere. I urge the government to look at this side.”

Why MOCPED is ready —Provost

“If you talk of the required land mass, we have it at MOCPED. And it would interest you that we currently occupy only 12.5 percent of the total landmass and it is not swampy,” he said.

The Michael Otedola College of Primary Education chapter of Colleges of Education Academic Staff Union (COEASU) dispelled rumours by that the institution is being ravaged by an internal crisis that could hinder its ability to smoothly transition into a full-fledged varsity as proposed by the state government.

According to the chairman of the union, Jamal Apena, “We at MOCPED-COEASU wholeheartedly support the brilliant, noble and commendable transmutation plan of the Lagos State government in upgrading the college into a university of education. There is no crisis of any sort that will stall or undermine the transmutation process. Our appeal is, however, to the governor to make sure there is no loss of labour in the cause of transmuting. Also, there should be a round table discussion of stakeholders about our placement and the grading of our members.”

‘Epe should have the university’s main campus’

While speaking about the two colleges, Mr Apena said that Epe should be given the status for the purpose of political fairness and equity in the distribution of educational opportunities.

“To be more objective, Epe is more at advantage of having the main campus – a position the union canvassed with the traditional rulers from Epe Division, during the recently held Public Hearing by the House Committee on Education of the House of Assembly, at the state secretariat. If you look at the political divisions in the state (IBILE), Ikeja is the capital of Lagos, Ikorodu is about to have the University of Science and Technology, Lagos Island is the business hub of Lagos, Badagry already houses the Lagos State University, so, Epe should be considered to have the main campus for political fairness and equity in the distribution of educational opportunities.”Apena stated.

He cited the 2009 report on MOCPED Resources for transmutation by the National Universities Commission (NUC) which indicates that the college has the requisite requirements to transmute into a full-fledged university rather than having affiliate programs with other universities.

Jamal added that due to the level of infrastructural investments funneled into Epe Division by the Lagos State government in recent years, the establishment of a university of education would complement the social facilities.

The acting chairman, Senior Staff Union of Colleges of Education (SSUCOE), Michael Otedola College of Education (MOCPED) branch, Mrs. Ogunyemi Olubunmi said that the senior staffers have been provided with the necessary tools to effectively carry out their duties.

“Look at the environment; everywhere is attractive. The management of the college has ensured that we have the necessary tools to work uninterruptedly. We have uninterrupted power supply; desktops are available to ensure that jobs are not left undone due to epileptic electricity. I really want to give kudos to the current provost as all uncompleted projects have been completed during his tenure,” she said.

Our arrears were paid on time— MOCPED-NASU

“Before the current provost, there were nine months arrears since 2019. But now, everything has been cleared.  Regarding the minimum wage arrears, the government agreed to pay us the 14-month arrears. They already paid us three months upfront and they said they would be paying till the 14 months elapsed and we have been receiving the money. So, we want to give kudos to the state government because there is nothing like that in other states.  We use this opportunity to pray that the almighty God will continue to provide for the state.” Ajagbe said.

Meanwhile, he pleaded with the state government to make MOCPED the headquarters as the people of Epe have been without a university for a long time.

The NASU chairman described this as an enviable opportunity for the community to have theirs with the status of being the headquarters of the proposed university of education. He also added that the community is peaceful and less congested for the timely attendance of lectures by the students.

“I want to implore the state government to bring the headquarters to MOCPED and I can assure them that Epe people will be glad for it,” he said.

We have conducive learning environment—Students

While praising the peaceful nature of Epe where the college is situated, Badejo said that Epe residents comported themselves in a manner that was violent-free during the #EndSARS protest.

“Without mincing words, our lecturers are very good with an excellent mix of theories and practicals. They come to classes on time, encouraging promptness; they never leave any stone unturned before the next class. Epe is a peaceful environment. During the #EndSARS protest, Epe joined forces with the police force so as to have a peaceful protest. I feel happy for the upgrade of our college into a university,” he said.

She said that the transmutation process would expose the students and redirect the minds of Epe residents towards attending the university rather than looking outside. “We have lecturers who are professionals and in fact, we see them as father figures. I don’t feel less of myself at all. You know we run a degree programme here and there was a time my lecturer asked a question but they were not able to answer. So, it was thrown back to us and I did. And since that day, I never looked down on myself.

“If upgraded into a university, I believe we will have the exposure we do not have outside and most of the residents who prefer to school outside of Epe would have a change of mind and therefore settle for MOCPED,” Ifeoluwa said.

Another MOCPED student, Olalekan Johnson told Nigerian Tribune that the computer laboratory of the college is laudable and helpful for their practical activities.

Olalekan also said that the upgrade would bring in more courses into the school for students to study rather than being restricted to some regular courses.