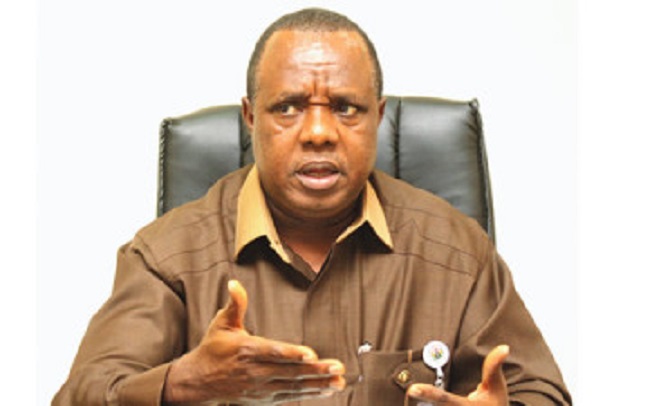 Mr Mba who disclosed this in Abuja, during the Commission’s 2020 budget performance/2021 budget defence, held at the instance of the House Committee on Finance, disclosed that the Commission has so far recovered the sum of N75 billion during the monitoring, verification and reconciliation exercise on revenue collections and remittances by commercial banks, companies and collecting agencies.

In addition, the Commission also received the sum of N474 million during the ongoing recovery exercise by the Custom monitoring committee of the RMAFC.

In the same vein, the Commission in collaboration with Federal Inland Revenue Service (FIRS) in 2020 conducted an exercise on reconciliation and recovery of tax liabilities owed the federation account from 2008 to 2019 by some federal ministries, agencies and department (MDAs, States and their MDAs and Local Government Councils respectively. The exercise is ongoing and over N79 billion liabilities have been established.”

In the bid to reduce the cost of governance in Nigeria, the RMAFC Chairman underscored the need for the review of the remuneration package for Political, Public and Judicial Office Holder.

He maintained that “the cost of Governance in Nigeria is very high has continued to be on the increase. This is unsustainable as no country can develop with such high level of recurrent expenditure. Some of the reasons responsible for this include duplication of agencies of Government with virtually similar functions and responsibilities, corruption, unlimited number of political appointments, wasteful spending; ghost workers syndrome, etc.

“Recommendations to ensure cost reduction include avoiding unnecessary duplications of Agencies with similar functions, reduction in a number of political appointees to the barest minimum as recommended In the Commission’s remuneration package, strict compliance with approved remuneration packages of officeholders, and ensuring prudent spending of Government funds.”

In the bid to address the fiscal challenges, the Commission underscored the address the attendant consequences on the pipeline vandalisation and oil theft which has impacted on the monthly quantum of revenue accruing into the Federation Account especially on the most profitable segment of the oil production (JVC).

“Apart from the huge losses and shortfalls of revenue arising from these activities of thieves and vandals, substantial revenue which would have served other purposes are usually spent on either replacing the vandalised pipeline facilities or providing security arrangements to protect them. This ugly situation needs to be addressed urgently in view of its effect on the Federation Account,” the report stated.

Mr Mba also stressed the need for effective operation and management of the Federation Account, stressing that the overwhelming powers conferred on the office of the Accountant General of the Federation has failed to yield positive results.

On the management of special funds, the Commission which expressed grave concern over the abuse of the revenues accruing into the Stabilisation Fund, Ecological Fund and Development of Natural Resources Fund, decried the absence of an all-embracing management structure to manage the funds.

He alleged that: “these funds sometimes are applied outside the objective of their establishment. The Commission wishes to state that these funds are supposed to be kept in trust by the federal government on behalf of the Federation. Therefore, their management and operation should clearly reflect the purposes for which the funds were established.

“Accordingly it is necessary that a management structure which should include major stakeholders be put in place to manage the Funds, with the secretariat domiciled in the Revenue Mobilization Allocation and Fiscal Commission.

“The Commission should be appropriately funded to enable it to perform its functions optimally It is proposed that Section 12 of Revenue Mobilisation Allocation and Fiscal Commission establishment Act be amended to provide that the Commission shall establish and maintain a fund which shall consist of and into which shall be credited: A minimum of 10% (subject to review) of the total revenues received as cost of collection of revenue by the agencies.

In the bid to minimize the challenges in the petroleum industry, Mr Mba called for speedy consideration of the Petroleum Industry Bill (PIB) without further delay, as it will go a long way to facilitate the restructuring of Nigerian National Petroleum Corporation (NNPC) and Department of Petroleum Resources (DPR) to improve the Federation’s revenue and management of the sector.

In his remarks, Chairman, House Committee on Finance, Hon. James Faleke tasked the Commission on the need to synergize with FIRS in its quest to block leakages, just as he underscored the need to expedite action in the review of the revenue sharing formula.

“You have to come up with the information we’ve requested from you, the one of recovery of 75 billion. Let’s make it clear Chairman, RMAFC is purely extra bridged to mobilize revenue for Nigerians and also very core responsibility is the issue of new revenue formula, if you’re unable to do this core responsibility, then Nigerians will not happy with us.

“Nigerians are saying that the money at the centre is too much, nobody lives at the centre but in States and LGAs and they expect you as an agency to come up with a proposal to the National Assembly for us to have more money to the Local Governments and States.

“The Federal Government can continue to take up the issue of security and all the rest. Please take this your function as very critical. If by next year we are not getting anything towards you bringing up a new bill this committee might be forced not to consider your budget,” Hon. Faleke vowed.

The Inspector-General of Police (IGP), Mohammed Adamu, has convened a meeting with stakeholders and has agreed to meet all demands raised by the #EndSARS protesters, which include halting use of force against protesters and unconditional release of arrested citizens…Mineral resources

In the absence of police, vigilantes take over security in Delta communities