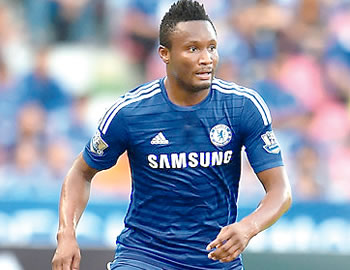 John Obi Mikel and Victor Moses returned to Chelsea on Monday for their first training session with the squad after the seasonal break.

Winger Moses, who spent last season out on loan at West Ham United, joined compatriot Mikel and the rest of the Blues first team in their work out ahead of the pre-season matches.

The players arrived before 9am and had their breakfast together, with captain John Terry sharing a group picture on social media.

Both Mikel and Moses will hope to impress new coach Antonio Conte during pre-season in order to earn playing time in the first team.

Defender Kenneth Omeruo is reportedly set to be farmed out on-loan once more and Turkish giants, Besiktas are favourites to land the Nigerian.

Chelsea will take on Austrian sides, Rapid Vienna and RZ Pellets on July 16 and 20 before heading for the United States where they will face Liverpool, Real Madrid and AC Milan on July 27 and 30 and August 3 respectively.