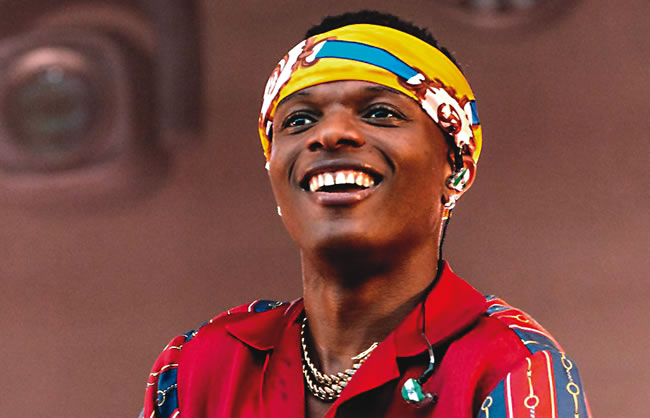 Nigerian music star, Wizkid has stirred up new controversy in the music industry as he declared that he has stopped listening to rap music because the genre is boring and dead.

Wizkid who has been making the headlines since the beginning of the week may have sparked another round of music controversy in the Nigerian music industry with the statement credited to him.

The Ojuelegba crooner while speaking during an interview with 10 Magazine on Wednesday morning, said Afrobeats music is the new pop and bragged about how he sold 2 million copies in America of one of his songs.

Wizkid, who said even some American artistes don’t have a diamond record, added that he doesn’t listen to any other genre outside Afrobeats.

“I don’t listen to rap again because is boring to me; it’s dead now and tired. Three guys do same thing by rapping on the same beats and flow”, he added.

Meanwhile, popular Nigerian rappers including MI, vector have kept mum about Wizkid’s statement as they were said to be observing the trend before making a statement.

The Gulf of Guinea (GoG) is witnessing a shift in the dynamics of piracy, with criminal networks moving away from targeting commercial ships to oil bunkering, theft and illegal fishing…

‘Parental Guidance Needed For Proper Use Of Social Media’

Parental guidance has been identified as the antidote for social media abuse by the youth.

The Ogun State Commissioner for Education, Science and Technology, Professor Abayomi Arigbabu said this during the seminar titled…

You can now upload a cover photo on WhatsApp, send messages to yourself