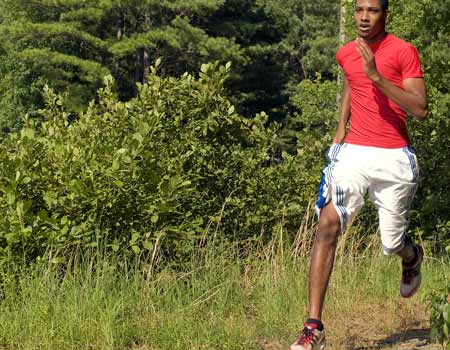 A yet to be identified young man slumped and died around Cappa area of Oshodi in Lagos State on Thursday.

The unidentified man, said to be in his 20s, was said to be wearing an Arsenal Football Club jersey when he collapsed.

Tiamiyu  said:  “a police patrol vehicle was reported to have brought  a young man said to be in his late 20s, who slumped to the frontage of LASEMA Response Unit at Cappa, Oshodi at about 7.30 am today 2/2/2017.”

He added that “it was gathered from an eyewitness account and the police officers at the incident scene that the young man slumped while on early morning jogging exercise.

“The agency’s Emergency Response Team, along with paramedics, immediately attended to the victim before he was moved to Lagos State University Teaching Hospital, Idi Araba, where he was confirmed dead.

“His body has since been moved by the State Environmental Health Monitoring Unit, SEHMU to the Mainland Hospital Mortuary.”