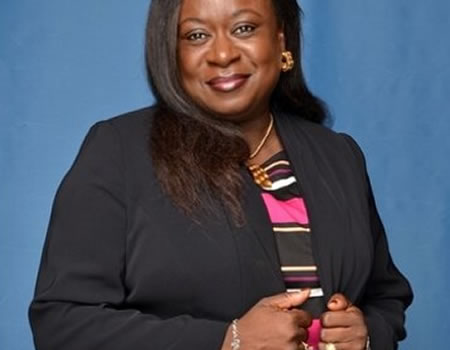 STAKEHOLDERS in the banking industry have expressed concern over the lingering governance crisis in Fortis Microfinance Bank which has led to the resignation of its interim Managing Director, Mrs Bunmi Lawsan.

The information concerning her resignation was revealed by the interim management committee of Fortis Microfinance Bank Plc only last week.

In his review of developments at Fortis MFB, Mr Femi Awoyemi, Chief Executive Officer, Proshare Limited noted that the resignation was expected because from history, “reality, ethical and professional disposition of Bunmi Lawson to an otherwise well-kept secret about the internal dynamics, governance failure and systemic challenge Fortis MFB represented.”

He revealed that his firm has for some time tracked the damage that has been done to Fortis MFB over the years, leading up to and including the action taken by the Nigerian Stock Exchange (NSE) to suspend trading in the shares of the company.

The Proshare boss said the suspension was an obvious indictment of the CBN’s handling of an “obvious governance breakdown and internal breakdown of management controls leading to the potential and existential loss of international creditors funds, as well as local depositors funds.”

In a statement by its scribe, Mr Victor Emerson, Fortis MFB confirmed that the resignation took effect from Friday, August 3, 2018; even as it did not explain in the statement the reasons why Bunmi Lawson was quitting the position at the firm earlier than the planned six months of her intervention.

The company represented that “following the said resignation, it is expected that the Central Bank of Nigeria (CBN) will announce the appointment of a new Interim Managing Director in the future as the interim management committee continues its task in line with its terms of reference.”

Awoyemi and other industry sources are convinced that Bunmi’s exit therefore will signify for investors and depositors the signal needed to conclude that the going-concern status and survival of the entity is impaired.

It is noteworthy that in February 2018, the bank represented through a statement issued on the website of the Nigerian Stock Exchange, that it was negotiating with its foreign lenders to grant it a much needed respite by restructuring its existing facilities.

It went on further to state that; with the approval and guidance of the CBN, it was also engaging in a far-reaching house cleaning exercise which at the end will culminate in the emergence of a leaner, healthier bank set apart by a renewed emphasis on professionalism and adherence to international best ethical standards.

But stakeholders are worried that there has been no update,communication or briefing on this crucial aspect to date.

The microfinance bank for all intents and purposes, has been (and is) currently operating with a going concern issue hanging over  it like some others known to the CBN but which has not been disclosed to the depositing and investing public.

According to the ProshareCEO,  exit of Bunmi Lawson, the industry benchmark on integrity and value-creation will signify that the issues affecting Fortis MFB and other MFB’s in various degrees of concerns are far from a near resolution and begs the question of what is contained in the financial systems viability reports for this unique sector of the financial system community.

Other industry watchers had withheld commentary on the status and financial condition of Fortis MFB in the hope that Bunmi Lawson’s appointment might signify a means-tested approach by the CBN to contain the over N15billion losses that exist in the books.

More importantly, “we begin to see a pattern emerging of firms taken over by the CBN who do not or are not compelled to meet the minimum standards of producing and making publicly available financial and qualitative reports of stewardship on activities whilst maintain their operational license(s),” Awoyemi stated.

Nigerian Tribune checks reveals that Fortis’ problems probably started earlier, but it was worsened when the Nigerian Stock Exchange suspended the shares of trading due to failure to submit its 2016 audited accounts. The Bank complained that the delay was due to the CBN, which required that banks submit their accounts for prior approval before results are filed at the exchange.

A look at the bank’s 2017 9 month’s interim results showed that  with a customer deposit of about N7.9 billion, it only had about N440 million in its bank accounts. That’s less than 10per cent of its total deposits and compares to the N18 billion it had as at December 2016. A cash balance like that is not enough to meet depositors claims.

The implication is that the bank may struggle to pay its depositors until it finds a way to get its borrowers to pay back loans. The bank has over N11 billion in loans paid out and another N9.5 billion in accounts receivable (cash expected from its business partners). It also has another N600 million in bank guarantee owed to it by one of the newly established commercial banks.