Lessons for America and the world 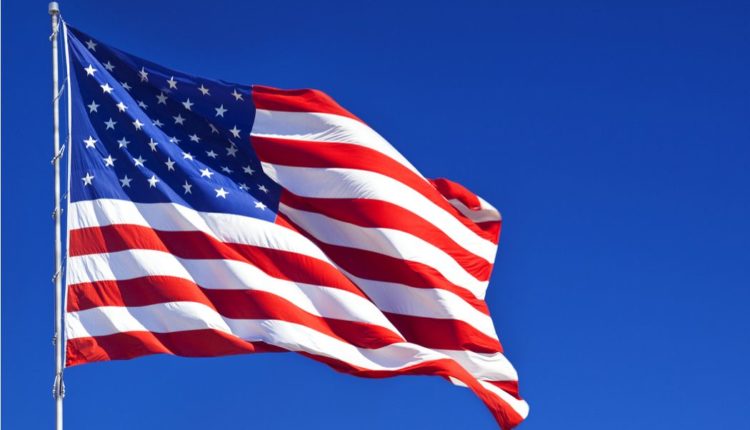 The outrageous conspiracy theories of the outgoing President of the United States of America, Donald Trump have exposed the flaws and dangers in America’s age long democracy which is approaching its third century. The recent invasion of the Capitol Hill in Washington DC which houses the Legislative Chambers, just a stone-throw from the US White House, by thugs during a plenary with the backing from President Trump is indeed saddening and shameful. This is a clear act of sedition punishable with jail terms, and therefore must be condemned.

The most horrible part is that these mobs that unprecedentedly, invaded a sacred place like Capitol Building, disrupted Congress plenary and hijacked offices resulting in the death of four persons and left many seriously injured including 50 cops, were cheered up by the president with complimentary remarks as ‘We love you”, “You’re special” etc. No condemnation whatsoever. Of course, Trump wouldn’t have condemned their actions having purposefully mobilised them for a rally in Washington on January 6 that the Congress was billed to certify the Democrats’ victory, and openly instigated them to march to the Capitol to violently resist certification. To say the least, this is uncivilised.

Americans owe gratitude to the arrowhead that doggedly refused to be counted in the mediocrity. If not the ethics and maturity of the President of the Senate, Vice President Mike Pence, the victory being celebrated wouldn’t have come about. It climaxed that Trump openly urged Pence to use his office for the illicit task. America needs more of Mike Pence’s character. He deserves encomium for his significant roles in protecting America’s democracy. Pence paired with Trump as the Republican’s Vice Presidential candidate, yet, prioritised public interest. Many selfish persons in his shoes as a running mate that stands to benefit from the illicit plot if succeeds may back Trump to overturn the results autocratically. But he put public interests above personal gains.

Now, the question begging for answer is; should Donald Trump go scot-free despite his involvement in sedition and insurrection – treasonable felonies that sent the citizens to the early grave and almost collapsed democratic institution? Sensibly, Trump should face the wrath of the laws for deterrence purpose. The law is no respecter of persons. A political leader who out of inanity incited and mobilised the mob to unleash mayhem leading to deaths of scores of persons is a good candidate for trial on crimes against humanity. The mayhem was targeted at the members of the US Congress after the Vice President, Pence declined to tamper with the sacred will of the people, but they were whisked away into the basement.

Prior to this grand scene, Trump had urged the Georgia Secretary of State, Brad Raffensperger in a telephone conversation to “find 11,780 votes” to enable him to overturn the election results already declared in favour of Democratic Party’s candidate, Joe Biden. This is certainly an offence in the Electoral Laws – to induce officials or manipulate the electoral process. These must not be swept under the carpet. Otherwise, it will set a wrong precedent in America and around the world. Trump crossed the red line, and should be put to order.

Premised on these, it is logical to conclude that Trump is a psychopath and enemy of the state, thus, should be discharged, monitored to avoid causing further damages as Biden’s inauguration approaches. His statement to allow “orderly transition” should not be banked on so as to avoid harm that may be too hard to remedy. It must be noted Trump has not conceded defeat but vowed that to continue the unreasonable fights. Thus, he is unpredictable. People as desperate as this can unleash costly mayhem at a time least expected. As it stands, uncertainty on what may happen before the inauguration date looms. Recall the Capitol police were overpowered having been taken unaware. Trump mobilised the thugs and instigated them to proceed to Capitol Building to violently disrupt plenary.

The way forward– the 25th Amendment of US Constitution which gives power to remove a president temporarily when unfit should be invoked to suspend him from office to allow the Vice President carry on a peaceful transition of power. Possibly, he should be impeached straight away. This will send a strong message. With the monumental stains, Trump lacks aptitude to be categorised as a US statesman.

Secondly, the two-step electoral system in the States comprising popular votes and Electoral College should be reviewed as the recent calamities have exposed its vulnerability; same with Congress certification except for mere transmission. Imagine if Pence was brainwashed and had bowed to Trump’s conspiracy theories, the victory wouldn’t have been sustained; the election would either be overturned or declared inconclusive against the January 20 -inauguration despite verdicts of 62 courts including the Supreme Court. Instructively, nobody or institution including the Congress or Electoral College can override court verdicts. That’s the concept of rule of law. A general poll with election tribunals in place which concludes at the court as practiced in many countries remains the best option.

Now, great lessons to the world – President Trump’s excesses have been manifesting, unsettling long ago from his day-one in office, and at a time, impeached by the House of Representatives but acquitted by the Senate merely on account of political affiliation and selfish interests. There should always be a boundary between politics and leadership. Public interest is supreme. Had the Republicans acted astutely and done the needful, the mess and disgrace would have been averted.

The Republicans’ oversight then fortified Trump’s impunity thereby growing to the present agonising, monumental disasters – desecration of a democratic institution which ridiculed America before the global community. Politics should always be played with a sense of objectivity, responsibility and foresightedness. Again, over 60 different courts received petitions on Trump/Biden presidential election, yet, concluded in a space of one month. Thumbs-up to US judiciary. This must necessarily be noted.

Umegboro, a Public affairs analyst and Associate, Chartered Institute of Arbitrators (United Kingdom), wrote  on Lessons for America via carl@CarlUmegboro.com