Lekki Shootings and the Resurrection of the Massacred 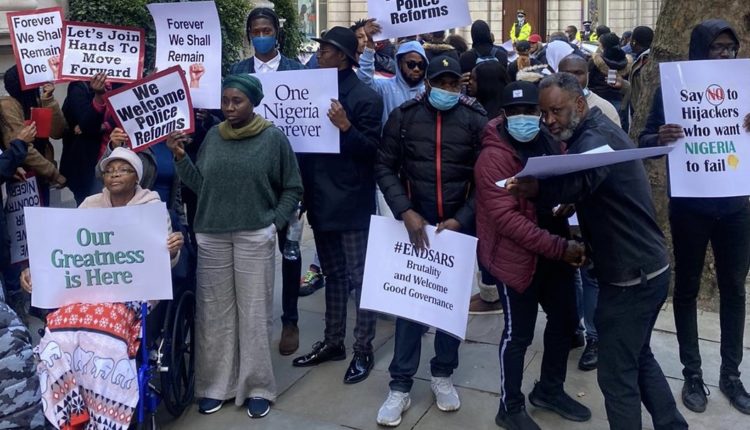 These are indeed interesting times in the country. I am scared as well as concerned for the future of our great nation with the way and manner the once peaceful EndSARS protests were hijacked by some elements that do not wish the country well.

I recall that in some quarters, the youths on the streets were advised to leave the streets and embrace dialogue as offered by the government towards finding a lasting solution to reforming the operations of the Nigerian Police Force. I know for sure that those with genuine intent did heed to that noble call by staying away from the streets.

However, some saw this protest as the most beneficent avenue to enrich themselves, not minding the socio-economic implication of their actions. And consequently, they continued to defy pleas and overtures made to them. They constituted themselves into authorities overnight and waiting for that moment where the law enforcement agents would make a move, and they would escalate tension in the country.

That moment indeed came with the unfortunate incident at the Lekki Tollgate in Lagos state that has been described as carnage by this same set of people and their promoters with pictures and videos making the rounds on the social media space.

It is also sad that these same people that claimed that the number of casualties was in hundreds have suddenly turned prophets that resurrected the dead because as the dust is finally settling, it has been realized that the whole incident was blown out of proportion with scores of people that were recorded as dead as a result of the shootings have now come to the open to say that they are not only alive, they are hale and hearty.

This is the unfortunate situation we have found ourselves in Nigeria, and it indeed calls for concern from all well-meaning individuals and groups that are desirous of the continued growth and development of the country.

We have searched for the mascaraed to no avail. We have also attempted to put faces to the names making the rounds as dead as a result of the Lekki shootings. But our celebrities kept sharing pictures and imaginary videos suggesting how ruthless the soldiers were when they opened fire on peaceful protesters. Some went as far as saying that the soldiers took away corpses of those killed and interestingly; these individuals do not have relatives or families that would raise the alarm as to their whereabouts.

Wonders indeed shall never end in Nigeria because we still haven’t come to terms with the damaging impact misinformation could have on the socio-economic wellbeing of our country, as well as our collective psyche as a people.

The Lekki incident has indeed shown us that there is a need for all to be circumspect in receiving and sharing information, especially on the social media space because the social media space is highly deceptive and misleading. For instance, pictures of several years back were dug up and shared as a part of the Lekki incident. There was a case of a picture of a man carrying a boy who was wrapped with the Nigerian flag and dripping in blood, which was a movie scene, and it was passed around as one of the victims of the Lekki incident.

Indeed the general public believed not until the man in question had to come out to inform the people that it was indeed a movie scene and has got nothing to do with the Lekki incident. There was also the case of popular actress, Eniola Badmus who was also reportedly shot by soldiers. She has also come out to deny been shot and that she is not dead or hurt in anyway.

Eniola Badmus is not alone in this regard, as many others have also come out to debunk the news making the rounds that they were either dead or hurt by soldiers. Yes, that was how thick the plot to cause mayhem in the country, and they somewhat succeeded because the gullible ones amongst us joined the bandwagon that was spreading fake news in justification for the destruction of properties and lootings that were recorded in parts of Lagos state.

It is thus my considered opinion that as the dust continues to settle, Nigerians would continue to receive shocking revelations as to what truly transpired at the Lekki Toll Gate in Lagos State. Nigerians would also know that indeed it was mere propaganda by the sponsors of the protest to give a dog a bad name to hang it.

The handwriting on the wall is clear enough for discerning minds to know that there is more than meets the eyes. Those unseen hands, those unheard voices that are responsible for the mayhem that was unleashed in Lagos would be clinking glasses and celebrating what they would describe as a significant victory against Nigeria.

Ironically, this is what the bulk of the youths out there have not come to realize. They are still probably basking in the euphoria of the moment and forgetting that a time would come when the chicken would come home to roost.

I do not think there is any more to say other than the fact that the youths have indeed allowed themselves to be used by some vested interest against the country by urging them to resort to violence as a means to achieving an end. Trust me; I cannot remember anywhere in the world where violence has proved to be a potent tool towards achieving tangible results. This is just common sense.  As it stands, we must continue to pray that all those “massacred” by the soldiers continue to resurrect.

How can we build our emotional muscles and become resilient?