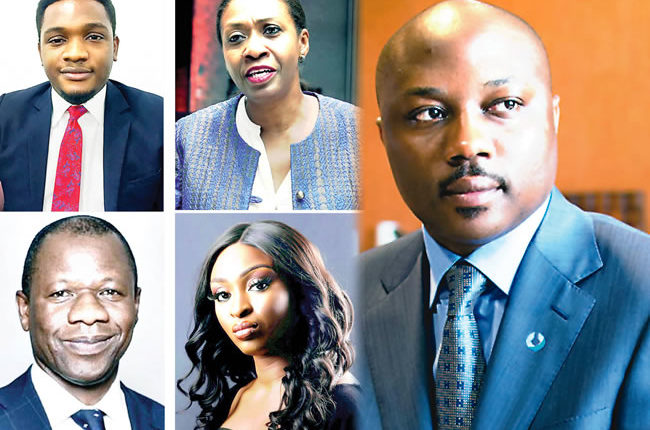 Former Zamfara State governor, Abdulaziz Yari, once said during a visit to President Muhammadu Buhari at Aso Rock Villa that the outbreak of Type C Cerebrospinal Meningitis in the country was a punishment from God for the many sins of Nigerians.

The former governor, determined to justify his position, had said, “What we used to know as far as meningitis is concerned is the Type A virus. The World Health Organization (WHO) has carried out vaccinations against this Type A virus, not just in Zamfara, but in many other states.

“However, because people refused to stop their nefarious activities, God now decided to send Type C virus, which has no vaccination. People have turned away from God and he has promised that ‘if you do anyhow, you see anyhow’ that is just the cause of this outbreak as far as I am concerned.”

So, according to the former state governor, God’s response to Nigerians’ sins was the unleashing of Type C meningitis on the country. But if that were so, how many First World

As religiously comforting as the Yari’s statement sounded, it was at best an alibi for leadership failure and at worst an abdication of responsibility.

God, man and power of choice

The greatest power in the universe, the power of choice, has been vested in man. Although man is a creature of God, it is man’s choice that eventually makes, moulds and shapes him. Everything man becomes is a function of the choices he makes because every choice comes with corresponding consequences. So, when things go awry as a result of making wrong choices or not making any choice at all, it is preposterous to blame God. God will not do for man what man can do for himself. God will neither think nor act for man. God will not choose for man. It is man that has to do all these for himself and must be ready to live with the consequences of the choices he makes. Dubai would still have remained a desert to be deserted by all and sundry if not for the choice made by the leaders of the United Arab Emirate. By turning a desert into a global centre of attraction, the UAE government has shown that the environment is answerable to man and not the other way round. Nigeria daily flares million-dollar worth of gas instead of converting same to use, thereby depriving herself of much needed revenue while degrading her environment. It is a choice that the country has made and the people have to live with the consequences.

While there is no doubt that God rules in the affairs of men, attributing apparent leadership failure to Him is a recipe for perpetuating avoidable disasters. A problem begins to peter out following the acceptance of responsibility by the one facing the problems. Looking for someone else to blame for a problem that afflicts one only elongates the problem. To shorten the life of a problem, one must own it and take steps to correct it.

The bridge between where a people are and where they ought to be is leadership. The essence of leadership is to improve the lot of the people and the environment. Leaders achieve this by doing for the people what they cannot or will not do for themselves. Leaders propel, guide, motivate, help and chastise a people to do what they ought to do so as to become what they are capable of becoming. It is when the leadership does what is right that the people will also act in the right manner and the good life will become a possibility.

Leaders achieve meaningful life for their people through the following ways.

Creating vision of a meaningful life

It was Rosalyn Carter, former First Lady of the United States of America, who said that a leader takes a people where they want to go while a great leader takes the people where they don’t necessarily want to go, but ought to be. It sounds odd but for the vast majority of the people, seeing beyond the moment is a difficulty, that is why they need someone to lead them. Many people are satisfied with the status quo. This is why they resist and fight change targeted at improving their lives. They wouldn’t do so if they knew better. It is the duty of the leader to envision a better future for them and communicate this to the people. Those who live in conditions where meningitis of any type thrives do not know any better. If they knew better they would not opt for that kind of life. It is the duty of those who lead them to make their current state detestable to them so as to increase their yearning for something better than that.

Great leaders don’t leave their people in the same state they found them; they always leave them better and this starts with envisioning for them a life better than the one they currently live. If the followers have no desire for improvement in their life, the leaders are at fault.

Leaders don’t just envision a good future and go to sleep, they work for its realisation. Cleaner environment will not just happen because the leader has envisioned it. The people will not experience prosperity just because the leader has seen it. All of these will happen through careful execution of the vision. Vision is nothing if it is not followed with proper execution. It has been said that Nigeria as a country is not lacking in plans, visions and goals, the problem is always with execution. Nigeria had Vision 2000, Vision 2010 and Vision 2020, but none of them was realized. The same fate that befell both Vision 2000 and Vision 2010 also befell Vision 2020.

So, great leaders don’t just take time to cast a vision, they also invest time in the execution of the plans and they do this by working with the people for the realization of the vision.

In life and leadership, situations arise that appear insurmountable. This is when most people give up. It is also the time that they hand over to God or blame some forces for their predicament.  But the truth is that there is no problem that is beyond the human capacity to solve. Problems are of two types; those that can be solved immediately, those are the ones referred to as difficult issues. The second type is those that will take a while before being solved. These are the ones usually described as impossible situations. Many of the impossible situations of yesterday have become possible today. So, there is absolutely nothing that is impossible. When people say something is impossible it is because they have put a lid on their thinking. Albert Einstein said a problem cannot be solved at the same level of thinking that produced it. But that is exactly what those who are trying to solve problems usually do; they want to solve a problem without changing their thinking. Solutions proffered are always a reflection of the level of thinking. So, when the thinking changes, the solution will surface.

Leaders who are creative in their approach to providing solutions to problem usually leave their people better.

One of the attributes that mark out great leaders is their selflessness. Leaders who make a mark know that leadership is not about them. They are not in leadership because of what they stand to get but because of what they want to give. A selfless leader is committed to doing what is right and is not bothered about who gets the credit. Selfless leaders do not mind spending their resources and being spent in the process; they commit their all to the cause in which they believe. Because of their commitment, they are able to impact positively on the people they lead. Because their personal interest is not factored into the decision making process, they are able to make the right decisions for their people.

Urge to improve next generations

The first generation of Nigerian university undergraduates lived like royalty on campus. They had everything they needed and more. They had good accommodation, good food, great environment, great faculty members and great facilities. Even the generation after them also had it good. They had bursaries and scholarships in addition to other perks. But the tide has since changed. Now, the nation’s universities are a shadow of what they used to be. Facilities are run down, the environment is degraded and most bursaries have been scrapped. In other climes, every succeeding generation has a better experience than the one it succeeded, but that is not the case in Nigeria. This is because those in leadership positions are not bothered about improving the lot of succeeding generations; their concern is what they stand to benefit in the moment.

It is a waste of time blaming God for our woes when we keep making wrong choices.